When days turn to weeks... the horror returns. 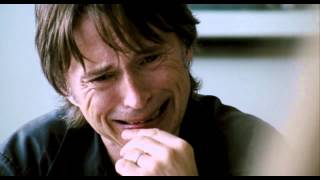 Danny Boyle's surprise 2003 hit, 28 DAYS LATER, gets the sequel treatment here. Few elements from the first film remain--actor Cilian Murphy doesn't return, and Boyle and screenwriter/novelist Alex Garland take producer credits this time out. In their places step director/co-writer Juan Carlos Fresnadillo (INTACTO) and actor Robert Carlyle (TRAINSPOTTING), who bring the original story to its next logical step. The zombies (again referred to as "the infected") from the first film have died out and England is ready for repopulation. The American military are slowly bringing British citizens back to London, where a heavily guarded community is picking up the pieces and trying to return to normal life. Carlyle plays Don, a man who has lost his wife but is reunited with his children, Andy (Mackintosh Muggleton) and Tammy (Imogen Poots), near the start of Fresnadillo's film. The two kids soon escape from the heavily guarded community, go off searching for their childhood home, and discover that mom might not be quite as dead as they originally thought. Chaos follows, with the sadistic military and the forlorn survivors battling both each other and "the infected."

Fresnadillo apes much of Boyle's style from the original film, shooting in rapidly edited sequences that cause plenty of blink-and-you'll-miss-it moments. A pounding soundtrack helps enliven the scenes with "the infected," and an abundance of swooping aerial shots highlight the desolate London landscape. A few minor sub-plots emerge, Fresnadillo offers sly commentary on the military's trigger-happy tendencies, and the film ends up somewhere in between zombie fare such as George A. Romero's LAND OF THE DEAD and dystopian visions of the future such as Alfonso Cuaron's CHILDREN OF MEN.