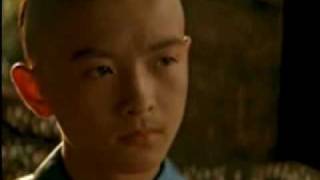 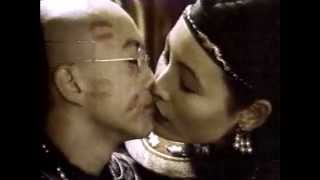 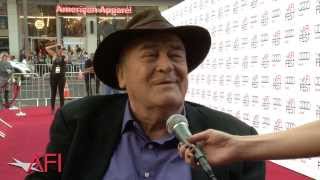 Although it is 160 minutes long and shot with breathtaking scope and sumptuousness, Bernardo Bertolucci's film is a story about claustrophobia. Pu Yi, the Manchurian emperor of China who ascended the throne in 1908 at the age of three, is a prisoner in the palace he rules over. Outside, real power changes hands with each coup d'etat. Pu Yi grows to manhood, is tutored by a Westerner (Peter O'Toole), and marries a gorgeous princess (Joan Chen). However, the adult Pu Yi (John Lone) is destined for a communist reeducation camp when the war is over. From start to finish, Pu Yi is a passive antihero who can never come to grips with the idea that the absolute power conferred on him as a child was only a mirage. The mistakes Pu Yi made trying to realize that power, especially collaborating with the Japanese during the war, provide Bertolucci with the chance to explore his familiar theme of collaboration and its moral consequences (as he did in THE CONFORMIST and 1900). In the end, Pu Yi seems to have reached a kind of peace, and the terrible waste of a special man's life disappears into a drab, grey-clad Beijing.

THE LAST EMPEROR is the true story of Pu Yi, the last monarch of a China that changed drastically during his lifetime. Though he comes to power at the age of three and is waited on hand and foot by an army of servants and consorts, Pu Yi is politically powerless. His life becomes a tortuous struggle with this reality, as he is used as a puppet by the Japanese and later reeducated by the communists. Bernardo Bertolucci's award-winning film is epic, lavish, and poignant.

Out of Africa
$7
Add to Cart