The Bold Story Of A Man Caught Between Two Strange Loves! 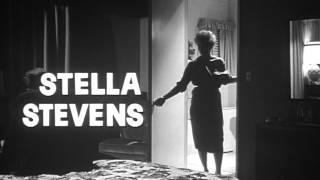 Sight and Sound - 07/01/2012
"Cassavetes stocks his film's atmosphere with strong support....The most riveting character is Benny Flowers, one of the most snarling, dangerously self-loathing agents ever depicted in a showbiz story."

After his pioneering independent film SHADOWS (1960), actor/writer/director John Cassavetes made his major studio directorial debut with this gritty, low-key drama about jazz musicians. Bobby Darin plays John "Ghost" Walefield, a pianist who scuffles from gig to gig with his band, trying to keep body and soul together without betraying his muse. Ghost's agent Benny (Everett Chambers) introduces him to Jess (Stella Stevens), a would-be singer who looks beautiful, even though her voice is fair at best. Ghost falls hard for her and agrees to put her in the band, though it's hard to say if he believes in her musical talent or just wants her companionship. Ghost and his band score a record deal thanks to Jess' presence, but after a humiliating fight in a pool hall and Ghost's discovery that Jess occasionally turns tricks to pay the rent, he puts his integrity up for sale, fires his band, and starts spending his time with a rich woman who likes to hang out with musicians -- and is willing to pay for the privilege. A number of real-life jazz greats appear onscreen and on the soundtrack, including Slim Gaillard, Benny Carter, and Shelly Manne; the role of Ghost was originally written for Montgomery Clift, who was forced to back out at the last minute, leading to Bobby Darin's casting.