59 ratings
Currently Out of Stock: We'll get more as soon as possible
Notify Me When Available
Add to Wishlist
Format:  DVD  (3 Discs)
item number:  XRI 94349D
92% recommend us! 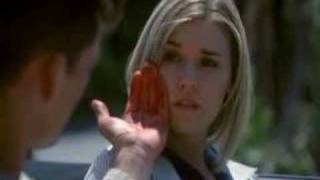 The Yosts are a three-generation California surfing dynasty. But their legacy has been tarnished by a series of bad choices, profligate drug use, and lingering family traumas. Nevertheless, 14-year-old Shaun Yost (Greyson Fletcher) is set to become a surfing star--if he can escape the family curse. And when an unearthly stranger named John arrives on the beach, he may have what it takes to help the family pull it together. Set along the emerald coastline of Imperial Beach, just a stone's throw away from the Mexican border, this unique series blends the miraculous with the most excellent. A unique collaboration between DEADWOOD creator David Milch and surf-noir novelist Kem Nunn, JOHN FROM CINCINNATI employed a whole host of familiar faces, including turns by Bruce Greenwood (NOWHERE MAN), Rebecca De Mornay (RISKY BUSINESS), Luke Perry (BEVERLY HILLS 90210), Ed O'Neill (MARRIED WITH CHILDREN), and Jennifer Grey (DIRTY DANCING). This collection presents the series' first and only season.