Margot at the Wedding R

One family. Infinite degrees of separation. 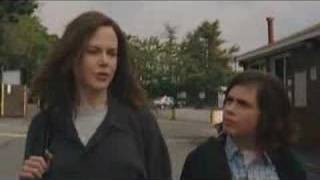 Margot at the Wedding Trailer

Writer-director Noah Baumbach follows up his Oscar-nominated THE SQUID AND THE WHALE with another bitingly funny and painfully honest dissection of family life. This time around, the topic is sisterhood. Margot (Nicole Kidman) and her adolescent son Claude (Zane Pais) take a train from New York City to Long Island, where Margot's sister Pauline (Jennifer Jason Leigh) is about to get married to Malcolm (Jack Black). Even though Margot is a successful writer with a compassionate husband (John Turturro), she is repressed, bitter, insecure, and angry, and she takes out her frustrations on anyone and everyone around her. Pauline is initially happy that her sister has decided to come to the wedding, but she quickly realizes that Margot is still her terrible old self. Over the course of a few days, past conflicts erupt and present conflicts explode, threatening not only to put a damper on the wedding, but to ruin it completely.

Baumbach's gift for dialogue is unmatched. His seemingly effortless ability to blend humor with seriousness makes it difficult to categorize MARGOT AT THE WEDDING as a drama or a comedy, for it is both. Kidman proves that her Academy Award wasn't a fluke, delivering a fearless performance that is at times difficult to watch in its virulence. Baumbach's wife, Leigh, is her typically exceptional self, but it's Black who is the film's true revelation, playing it straight like never before, to heartbreaking effect. Featuring stark naturalistic photography by the great Harris Savides (GERRY, ZODIAC), MARGOT AT THE WEDDING is another major accomplishment from Baumbach.

Rachel Getting Married
$4.89 on Sale
Add to Cart