Jimmy's finally got a new life. The trouble is, it's somebody else's. 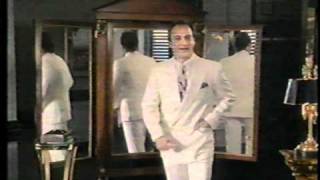 In the tradition of TRADING PLACES and AMOS AND ANDREW, this comedy of mistaken and identity and role reversal as convict Jimmy Dworski (James Belushi) escapes from prison to attend the world series and ends up stumbling across the daily planner and personal items of a powerful executive Spencer Barnes (Charles Grodin). Suddenly finding himself in the position of having a lot of dough and the keys to Barnes' mansion, Dworski has the time of his life turning his newly acquired life upside down. Meanwhile, Spencer Barnes, in an effort to find his daily planner and piece his life back together, has veered onto a wayward path and is experiencing an identity shift of his own. When the two finally meet, the results are explosive and, needless to say, incredibly mixed up.

Jimmy is a fun-loving, obnoxious, but loveable kind of guy, who's just fled from prison. Spencer is an uptight, anal-retentive, fussy kind of guy, who's just arrived in Los Angeles for a major business meeting. When Spencer loses his daily organizer (which includes such needful items as Spencer's credit cards), Jimmy finds it -- and starts living the high life -- as Spencer.