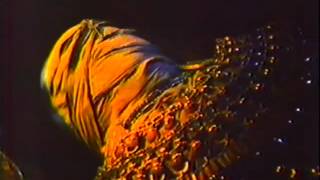 Charlton Heston stars as an Egyptologist with a passion that will trigger several mysterious deaths. He's obsessed with a sorceress whose return has been prophesied -- and whose tomb he opened at the exact moment his daughter was born. Can ancient evil reach forward in time to curse the present?

The story of a fearful Egyptian curse and the consequences which result when it is defied. Based on the novel "The Jewel of the Seven Stars," by Bram Stoker.

An archaeologist is intrigued by the story of an ancient Egyptian Princess. Legend has it that this princess was raped by her father, and in revenge, she killed him, and all of his associates in Egypt.
After her death, she was mummified in a tomb with a sign that read "Do Not Disturb!" But the archaeologist wants to penetrate the chamber and does so at the precise moment his wife gives birth to their new baby girl. In time, the evil princess, still intent on wreaking havoc on those around her, takes possession of the innocent child.