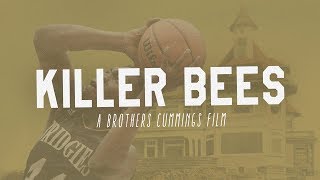 New York Times - 07/26/2018
"[With] engaging and humane storytelling that uses the drama of basketball to tell a deeper story about race, class, and the excitement and heartache of young lives careening toward adulthood."
Los Angeles Times - 07/26/2018
"[T]he bread and butter of good kids with talent and dreams, a committed coach, loyal followers and game footage does the expected task of charming us into becoming new fans, wherever we are."

Co-directors Ben Cummings and Orson Cummings' documentary spotlights the Killer Bees (the Bridgehampton High School basketball team) and their efforts to defend their state championship title. The athletic glory they have consistently won over the years serves as a rallying point for the African American community, who literally and figuratively live on the other side of the tracks in The Hamptons – one of the most privileged communities in the United States.