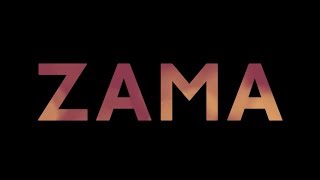 RogerEbert.com - 04/13/2018
4 stars out of 4 -- "Zama is here an absurdist figure. The film draws out the dryly comedic aspect of his ridiculousness."
A.V. Club - 04/12/2018
"[T]his is a comedy -- one that takes fiendish pleasure in puncturing the pomp and circumstance of a cog in the empire-building machine." -- Grade: B+
Hollywood Reporter - 08/31/2017
"Martel makes inventive use of sometimes anachronistic sound and music effects -- from the blanketing noises of nature to bursts of distorted industrial din to a recurring luau-type tune that conjures tropical breezes."
Variety - 08/30/2017
"[T]he end of the world feels surprisingly nigh in ZAMA -- but if we accept 'colonial dystopia' as a viable atmosphere, it’s hard to imagine any filmmaker conjuring it better than Argentinian master Lucrecia Martel."
New York Times - 04/12/2018
"Lucrecia Martel’s cinematic marvel ZAMA tells the dreamlike story of Don Diego, a proud if beleaguered agent of Western colonialism."
Rolling Stone - 04/13/2018
4 stars out of 4 -- "ZAMA is more than a portrait of the loneliness of the long-distance foreigner. It's the sort of immersive cultural transmission that reminds you just how powerful and transportive this medium can be -- one of those rarities that can momentarily jolt you out of your ways of seeing things."
Los Angeles Times - 04/26/2018
"In ZAMA, a brilliantly discomfiting portrait of European colonialism and its discontents, every sound and image tells the same sickening story."
The Guardian - 05/27/2018
"Martel skewers the history of colonialism without voyeuristically indulging in the moment of conquest."
The Atlantic - 04/19/2018
"ZAMA can come off as intensely abstract. But as a mood piece, it’s extraordinary."