Mom is many things... normal isn't one of them. 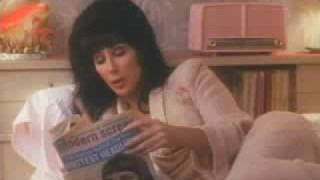 MERMAIDS is the story of the turbulent relationship between a flamboyant, outrageous mom (Cher) and her two daughters (Winona Ryder and Christina Ricci) who just want a normal, stable life. Socially rebellious and provocative, the mother is reluctant to settle down, even at the request of her two daughters (one of whom, despite being Jewish, longs to enter a convent). The unusual family has moved 18 times in the last 15 years, usually whenever Mrs. Flax senses she might have to commit to a relationship. But this time the girls hope the family will stay put, and their conflicting desires lead to a final, near-tragic result.

16%off
To Wong Foo, Thanks for Everything! Julie Newmar
$8.40 Super Savings
Add to Cart