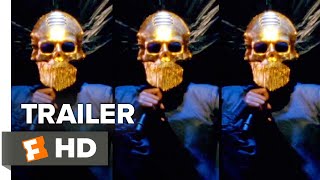 New York Times - 04/12/2018
"The documentary is a feat of portraiture and a restoration of humanity. It’s got the uncanny, the sublime, and, in many spots, a combination of both."

Gender-bending performer Grace Jones gives cameras a glimpse behind-the-scenes of her life as a self-proclaimed globetrotting bohemian. Filmed over ten years, she reveals her family history and what made her the iconic artist she is today. Jean-Paul Goude also appears in this documentary. Directed by Sophie Fiennes.