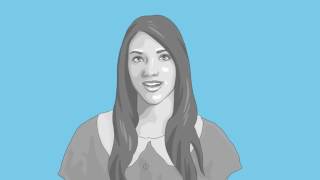 RogerEbert.com - 10/12/2016
3.5 stars out of 4 -- "TOWER is explanatory journalism and history, but also personally expressive, and the two impulses never cancel each other out."
A.V. Club - 10/11/2016
"[A]n abstract, experiential reconstruction of what was arguably the first truly notable mass shooting in American history....Maitland sticks close to the ground, providing a harrowing moment-to-moment account that foregrounds multiple acts of genuine heroism." -- Grade: A-
New York Times - 10/11/2016
"Mr. Maitland does his own commemorating, inherently raising questions about terror, the nature of heroism and what it means to really survive. He also does something even more necessary: He turns names on a plaque into people."
Los Angeles Times - 10/13/2016
"Keith Maitland artfully threads a narrow needle with his documentary TOWER, an extraordinary true-crime re-creation....Maitland’s experimental approach to a tricky subject leaves viewers with a deeper understanding of a terrible moment in American history."
Entertainment Weekly - 10/12/2016
"TOWER allies itself with the heroes on the ground and the immeasurable courage they displayed, risking everything for the sake of strangers....That’s a story worth telling, one worth remembering, and what makes TOWER a must-see."
Boston Globe - 01/19/2017
"TOWER works unnervingly well. The film is essentially an oral history, with firsthand accounts from those who were there -- survivors, responders, and onlookers -- with their words read by younger actors."
The Guardian - 02/05/2017
4 stars out of 5 -- "Deftly combining archive footage, interviews and handsome rotoscoped animation, TOWER is an innovative documentary account of the mass shootings on the University of Texas campus..."

Animated reenactments, archival footage, and interviews with survivors and law-enforcement eyewitnesses piece together the tense afternoon of August 1, 1966, when sniper Charles Whitman opened fire on random people from the clock tower at the University of Texas at Austin.