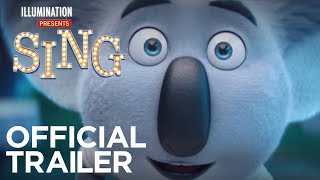 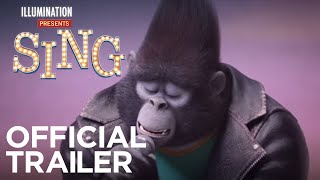 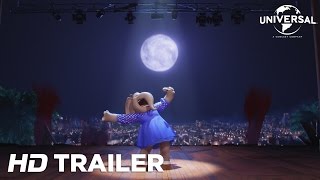 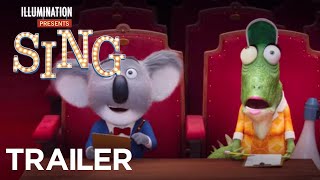 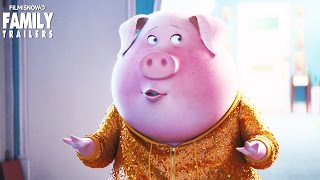 SING | Gunter is a babysitter in new bonus clips (Featurette)

New York Times - 12/20/2016
"Mr. McConaughey’s characterization of the eager koala is full of ingratiating pep."
Los Angeles Times - 12/20/2016
"The combination of pop music and cuddly animals will prove to be an addictive combination for children and adults alike....It's a cute movie with genuinely funny moments, and some great tunes to boot."
RogerEbert.com - 12/19/2016
3 stars out of 4 -- "[L]uckily, its makers know all too well how to fully exploit the power of a catchy pop song. There are more than 65 dynamite ditties -- from the Beatles and Irving Berlin to Beyonce and Carly Rae Jepsen -- exploited to their full crowd-pleasing potential..."
Empire - 01/23/2017
4 stars out of 5 -- "[T]here are just enough unexpected quirks in the storytelling (let’s just say the singing contest doesn’t become the X Factor facsimile you might expect) and enough infectious fun to make it stand out."
The Guardian - 01/29/2017
4 stars out of 5 -- "[T]his madcap caper based around a theatre-owning koala with big dreams has charm to spare and enough diversity in the music choices not to completely alienate older audience members -- Dolly Parton rubs shoulders with Katy Perry, Stevie Wonder with Nicki Minaj."

SON OF RAMBOW director Garth Jennings takes the helm for this animated comedy from Illumination Entertainment.