A con artist who falls for the mark he is trying to fleece. 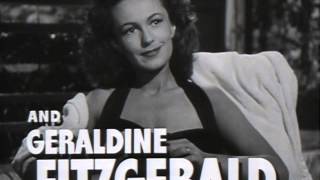 Grifter Nick Blake (John Garfield) returns to New York after the war, only to find heartache and betrayal. Heading west, he hooks up with fellow con men Pop (Walter Brennan) and Doc (George Coulouris), who need a Romeo to sweep recently widowed Gladys Halvorsen (Geraldine Fitzgerald) off her feet and out of her sizable inheritance. But it's Nick who starts falling, and now that he wants out of the scam, will that fall turn into a dive? Or will Gladys pay the price for Nick's change of heart?

In this film noir with romantic overtones, con man and cardsharp Nick Blake (John Garfield) returns home after serving in WWII to discover that a rival syndicate now controls New York's gambling rackets -- and that his girlfriend Toni (Faye Emerson) has run off with his money. Looking for a fresh start, Nick heads for California, where he becomes reacquainted with Pop Grueber (Walter Brennan), who gave him his start in the underworld. Pop and his boss Doc Ganson (George Coulouris) tip Nick off to a scam they've brainstormed to separate young widow Gladys Halvorsen (Geraldine Fitzgerald) from her recently inherited fortune. Nick's job is to sweet talk Gladys out of her money and then make tracks, but he finds himself falling in love with her and wants out of the deal. Meanwhile, Toni comes back into the picture and tries to convince Doc that Nick is trying to cheat him, leading to a kidnapping. Incidentally, John Garfield won the leading role in NOBODY LIVES FOREVER after Humphrey Bogart turned it down.

Rivalry | Romance | Deception | Crime | News | Gambling | Revenge | Kidnapping | Friendships | Romances | Soldiers | Love | Criminals
This product is made-on-demand by the manufacturer using DVD-R recordable media. Almost all DVD players can play DVD-Rs (except for some older models made before 2000) - please consult your owner's manual for formats compatible with your player. These DVD-Rs may not play on all computers or DVD player/recorders. To address this, the manufacturer recommends viewing this product on a DVD player that does not have recording capability.

The Accused
$19
Add to Cart