The Fleshtones Take A Good Look!

Uncut: 4 stars out of 5 -- "[K]iller tunes like 'Feels Good To Me' and 'New York City' still sound like the work of delinquents raiding the local hop..." 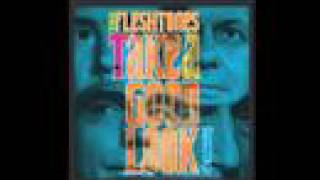 Take a Good Look at the Fleshtones (Music Video) 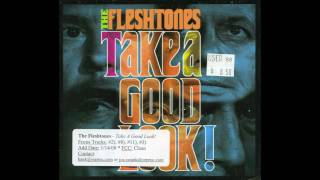 Spin - p.93
3 stars out of 5 -- "Best bets are the handclaps-and-harmonica-powered 'Love Yourself,' the country-fried 'This Time Josephine,' and 'Never Grew Up,' a bashing, Stones-inflected ode to immaturity..."
Uncut - p.86
4 stars out of 5 -- "[K]iller tunes like 'Feels Good To Me' and 'New York City' still sound like the work of delinquents raiding the local hop..."
No Depression - p.77
"Their chemistry has been incendiary since the start, with Peter Zaremba's Farfisa organ and harmonica falling into a swinging punk-R&B patois with Keith Streng's tough twanging rock guitar..."
Mojo (Publisher) - p.111
4 stars out of 5 -- "[T]hey mix up a heady brew of stomping frat rock, honking R&B, pounding Brit invasion beat and sneering garage punk."
Harp (magazine) (p.111) - "TAKE A GOOD LOOK is boilerplate Fleshtones: a dozen fuzzed-out tracks in just over 30 minutes, all exuding a gloriously messy, Dave Clark Five-meets-New York Dolls classicism."

Decades before the likes of the Hives and the White Stripes hit the mainstream, New York's Fleshtones were in on the first wave of retro-garage rock, infiltrating the nascent punk and new wave scenes of the late 1970s/early '80s with their raw, colorful brand of "Super Rock." Still going strong some 30 years later, the Fleshtones sound as vital and energetic as ever on TAKE A GOOD LOOK. Frontmen Keith Streng and Peter Zaremba are still on board, stoking the fires of the rock-&-roll party. From the punky snarl of "Never Grew Up" to the NUGGETS-like '60s vibe of the title tune, the fuzzy guitars, combo organ, and fervent handclaps all contribute to the good-time, strobe-lights-and-go-go-boots vibe.

The Fleshtones
The Band Drinks for Free
$16.20 CD Sale
Add to Cart

The Fleshtones
Wheel of Talent
$16.20 CD Sale
Add to Cart