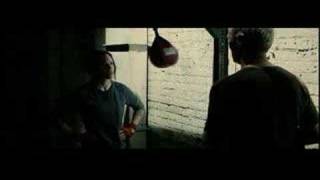 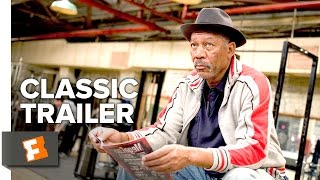 Released a little over a year after the grand success of his Oscar-winning feature MYSTIC RIVER, Clint Eastwood returns to the director's chair for MILLION DOLLAR BABY. Eastwood also stars, in the role of Frankie Dunn, a down-on-his-luck former boxing manager who spends the twilight years of his life running a small, dilapidated gym in downtown Los Angeles. Frankie's previous career was blighted by an injury to one of his prize fighters, Scrap (Morgan Freeman), who lost the sight in his right eye during a particularly brutal bout; Scrap now wiles away the hours working as a cleaner in Frankie's gym. Wary of similar occurrences being inflicted on the prestigious young talent that passes before him, Frankie lets a succession of great boxers slip through his fingers. But when the brash, confident young boxer Maggie Fitzgerald (Hilary Swank) strides into the gym, Frankie's life is irretrievably altered. Initially refusing to train Maggie due to her gender and age, Frankie relents when faced with her tenacity, spirit, and burning ambition. The combination of Maggie's talent and Frankie's tutelage paves the way for the adroit fighter to rise steadily through the ranks of women's boxing, with the unlikely coupling forming a genuinely touching bond in the process.

Clint Eastwood has crafted a boxing film fit to stand alongside classics such as RAGING BULL and ROCKY with MILLION DOLLAR BABY. The scenes between Eastwood and Freeman are a delight to watch, with the two old hands pulling off masterfully understated performances as a couple of men teetering on the brink of failure. Likewise, Swank puts in a powerful turn as Maggie, further emphasizing her penchant for unusual roles, and perhaps even bettering her incredible, Oscar-winning showing as Teena Brandon in BOYS DON'T CRY.