As skilled with a six-gun as with a scalpel, Dr. Joseph Frail will need both. A tragic past shadows his days. The treachery of the mob clouds his future. 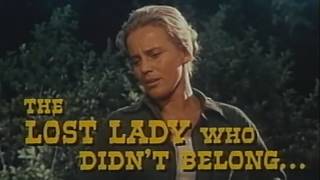 Dr. Joseph Frail (Gary Cooper) arrives in Skull Creek, an 1870s Montana gold camp, setting out his shingle near the camp's boom-or-bust hubbub of adventurers, ladies of fortune, mountain men and just plain decent folks. As skilled with a six-gun as with a scalpel, Frail will need both. A tragic past shadows his days. The treachery of the mob clouds his future. A determined immigrant (Maria Schell), a shifty-eyed miner (Karl Malden) and a hellfire preacher (George C. Scott) figure prominently in Frail's showdown with fate. Prominent, too, is the breathtaking countryside. Here the mountains are imposing. And a man alone looms ever taller.

Gary Cooper stars as a mysterious frontier doctor, Joe Frail, in THE HANGING TREE. When a blind and ailing Swiss girl, Elizabeth Mahler, is placed under his care, Frail treats her, and then falls for her. However, it's not long before her miscreant partner, Frency Plante (Karl Malden), begins to stir up trouble for the couple. Director Delmer Daves delivers a hit with this film. It combines the psychodramatic elements of his war thriller DESTINATION TOKYO with the romance of NEVER LET ME GO. Featuring fine performances from all of its players, it marks the film debut of George C. Scott as Frail's mentor. A thinking man's western, THE HANGING TREE is a winning film.

Theatrical Release
This product is made-on-demand by the manufacturer using DVD-R recordable media. Almost all DVD players can play DVD-Rs (except for some older models made before 2000) - please consult your owner's manual for formats compatible with your player. These DVD-Rs may not play on all computers or DVD player/recorders. To address this, the manufacturer recommends viewing this product on a DVD player that does not have recording capability.