A country singer on the road is caught in a romantic triangle. 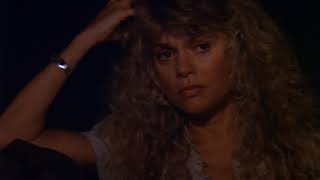 Buck Bonham (Willie Nelson) is a country singer/songwriter with a loyal following in his native Texas and the neighboring Western states. However, Buck hasn't yet had the hit record that would make him a star nationwide; in the meantime, Buck and his band keep up a busy tour schedule, much to the annoyance of his wife, Viv (Dyan Cannon), and son, Jamie (Joey Floyd), who would like to see Buck at home every once in a while. As Buck wonders if he should press on with his musical career or call it quits, his close friend and longtime guitarist Garland Ramsey (Slim Pickens) announces he's retiring, and suggests a good replacement -- his daughter, Lily (Amy Irving). Lily had a crush on Buck as a child, and now as a full-grown and very beautiful woman, her infatuation has only increased with time. Consequently, Buck must choose between Viv and Lily as well as his home and his career.
This product is made-on-demand by the manufacturer using DVD-R recordable media. Almost all DVD players can play DVD-Rs (except for some older models made before 2000) - please consult your owner's manual for formats compatible with your player. These DVD-Rs may not play on all computers or DVD player/recorders. To address this, the manufacturer recommends viewing this product on a DVD player that does not have recording capability.

Waiting for the Miracle to Come
$17.20
Add to Cart