Based on a true story. We’re not kidding. 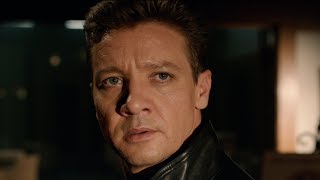 A.V. Club - 06/15/2018
"Isla Fisher delivers her most unhinged comic performance since WEDDING CRASHERS..."
Los Angeles Times - 06/14/2018
"[A] loose, lighthearted and playful comedy."
Rolling Stone - 06/14/2018
"It's the actors who carry the day, and their spirit is infectious."
New York Times - 06/14/2018
"[There are] a handful of stellar supporting performers sprinkled into the movie like macadamia nuts in a cookie."
Entertainment Weekly - 06/14/2018
"[T]his hilarious and heartwarming tale revolves around a group of childhood best friends who refuse to let the responsibilities and disappointments of adulthood kill off their inner 9-year-olds." -- Grade: A
Washington Post - 06/14/2018
"[A] genial comedy about best buds who have been playing the same game of tag for 30 years....[A]fitfully funny collection of japes and jests..."
Variety - 06/14/2018
"TAG delivers the compelling case that anything that manages to keep a bunch of childhood buddies in contact over the course of more than three decades can’t be all bad."
Hollywood Reporter - 06/14/2018
"There are worse ways to kill a couple of hours than watching gifted goofballs like Ed Helms and Hannibal Buress mix it up with the suave likes of Jon Hamm and Jeremy Renner, both working their comic chops."

Childhood friends Jerry (Jeremy Renner), Callahan (Jon Hamm), Randy (Jake Johnson), Sable (Hannibal Buress) and Hoagie (Ed Helms) have been competing in the same game of tag for 30 years. When Jerry gets married, he attempts to retire from the intense annual game without ever being "it," causing the other four to band together and go to extreme lengths to finally tag him. Directed by Jeff Tomsic. Inspired by the Wall Street Journal article "It Takes Planning, Caution to Avoid Being It." Isla Fisher, Annabelle Wallis, Rashida Jones, Leslie Bibb and Nora Dunn co-star.

16%off
Blumhouse's Truth or Dare
$8.40 Super Savings
Add to Cart