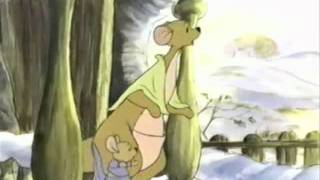 Tigger, one of the cartoon world's most famous characters, makes the jump to the big screen in THE TIGGER MOVIE. When Tigger doesn't appear to want to help the gang build a home for Eeyore, the donkey, Rabbit suggests he leave them behind and spend some time with other "tiggers." Convinced that he's the only Tigger in the world, he goes on a quest to find out if he is, in fact, an original, eventually learning a very valuable lesson in the process: there's no place like home. Featuring songs by the Sherman Brothers (MARY POPPINS, THE JUNGLE BOOK). Both the VHS and DVD releases include a special music video by Kenny Loggins.

Many Adventures of Winnie the Pooh (Blu-ray + DVD)
$17.60 Super Savings
Add to Cart