Creature from the Haunted Sea

What was the unspeakable secret of the SEA OF LOST SHIPS? 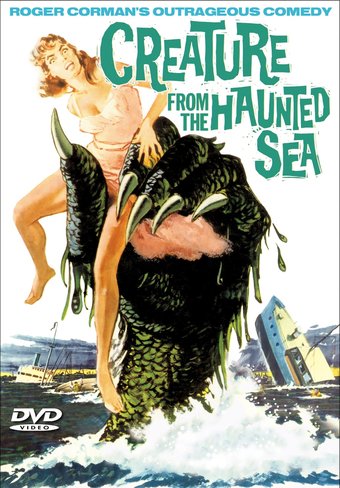 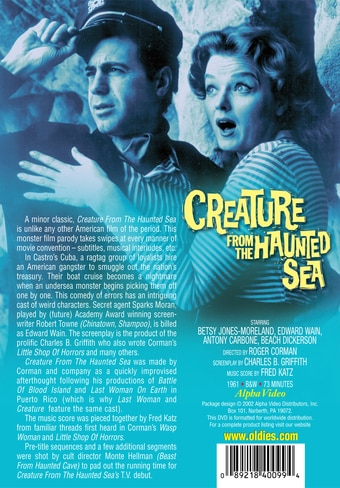 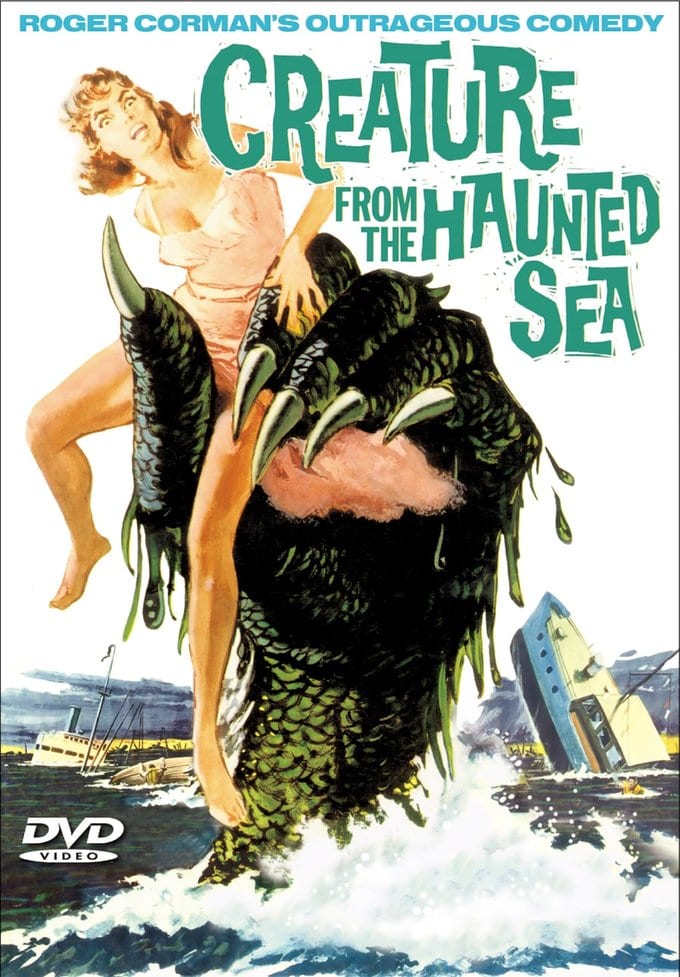 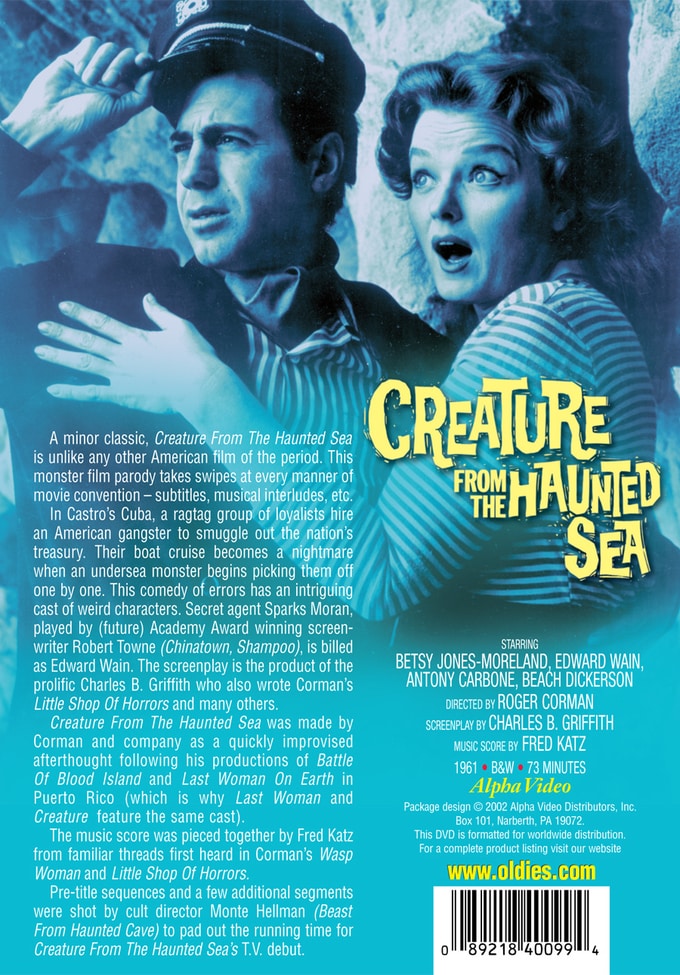 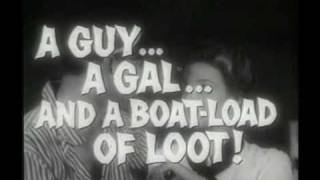 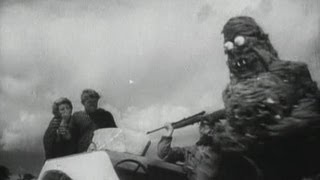 Joe Dante on CREATURE FROM THE HAUNTED SEA (Featurette)

A minor classic, Creature From The Haunted Sea is unlike any other American film of the period. This monster film parody takes swipes at every manner of movie convention - subtitles, musical interludes, etc.

In Castro's Cuba, a ragtag group of loyalists hire an American gangster to smuggle out the nation's treasury. Their boat cruise becomes a nightmare when an undersea monster begins picking them off one by one. This comedy of errors has an intriguing cast of weird characters. Secret agent Sparks Moran, played by (future) Academy Award winning screenwriter Robert Towne (Chinatown, Shampoo), is billed as Edward Wain. The screenplay is the product of the prolific Charles B. Griffith who also wrote Corman's Little Shop Of Horrors and many others.

Creature From The Haunted Sea was made by Corman and company as a quickly improvised afterthought following his productions of Battle Of Blood Island and Last Woman On Earth in Puerto Rico (which is why Last Woman and Creature feature the same cast).

The music score was pieced together by Fred Katz from familiar threads first heard in Corman's Wasp Woman and Little Shop Of Horrors.

Pre-title sequences and a few additional segments were shot by cult director Monte Hellman (Beast From Haunted Cave) to pad out the running time for Creature From The Haunted Sea's T.V. debut.

A mobster hits on a plan while smuggling a deposed general and a fortune in gold out of Cuba on his yacht: He and his crew will scare the general and kill his guards by faking the attacks of a sea monster and thus keep the gold for themselves. Unfortunately, a sea monster actually is attacking them, leading to all sorts of complications. Eventually the yacht sinks, and the survivors find love on a tropical island--and death when they dive to recover the sunken loot. Roger Corman shot this fun quickie in Puerto Rico, where he also filmed THE LAST WOMAN ON EARTH with the same cast, which is deadpan perfect: Paul Carbone is the mobster, Renzo, "the most trustworthy man ever to be deported from Sicily." Future CHINATOWN-scribe Robert Towne (billed as Edward Wain) plays Agent XK150. Betsy Jones-Moreland is Renzo's leggy pistol-packing moll; she also sings the haunting theme song. Beach Dickerson plays one of Renzo's happy thugs, as well as the monster. The script by Charles Griffith taps the same vein of innovative wit that made his LITTLE SHOP OF HORRORS and BUCKET OF BLOOD such satisfying cult hits.

High Seas | Monsters | Theatrical Release
This product is made-on-demand by the manufacturer using DVD-R recordable media. Almost all DVD players can play DVD-Rs (except for some older models made before 2000) - please consult your owner's manual for formats compatible with your player. These DVD-Rs may not play on all computers or DVD player/recorders. To address this, the manufacturer recommends viewing this product on a DVD player that does not have recording capability.

Werewolf in a Girls' Dormitory
$19
Add to Cart

The Last Woman on Earth
$10
Add to Cart

Customer Rating:
Based on 3935 ratings.


Well, I wasn’t sure what to expect when I first popped this DVD in. I’d never seen a Roger Corman film before, and I was apprehensive about a “horror comedy”, since there are precious few films that can balance the two diametrically opposed genres. Well, my fears were well founded; this film wasn’t scary at all, but it was often hilarious! I especially liked the American spy character, but the funniest thing of all was the “monster”! Oh well, this won’t go in the “horror” section of my collection, but that doesn’t make it any less entertaining.

Picture and sound quality are what you’d expect from low-budget film of the era, but they don’t distract from the fun. Also, this DVD has one of my favorite covers out of all the Alpha titles I own; it appears to be from an original poster or lobby card. This is a great, silly little film to watch with some buddies and a good sense of humor. Give it a shot.