In space no one can hear you scream. 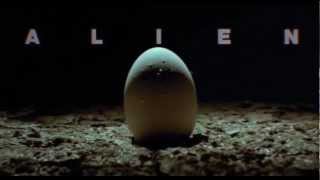 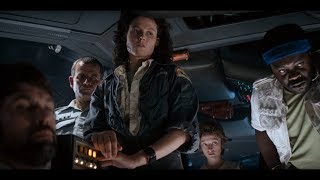 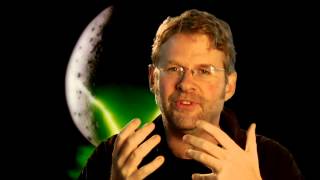 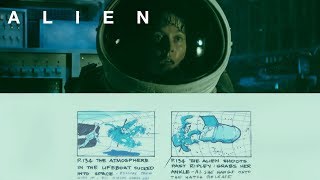 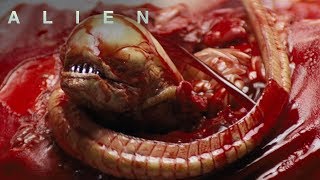 Director Ridley Scott's breakthough film, an immensely successful blend of horror and science fiction, is a classic in both genres and spawned a host of sequels and imitators. Starring Sigourney Weaver as warrant officer Ellen Ripley, ALIEN focuses on the crew of the space cargo ship Nostromo, which lands on a moribund planet in response to a faint SOS. Inside a crashed ship, the crew members come upon strange pods, one of which spews forth a repellently fleshy insectile creature that locks on to the face of the unlucky Kane (John Hurt). Despite Ripley's advice, science officer Ash (Ian Holm) allows Kane to return to the ship, where the creature finally releases its grip. Soon, however, in one of the film's most infamous scenes, one of its offspring explodes horribly from Kane's stomach and scurries away. Dallas (Tom Skerritt), the vessel's captain, leads the others in a search for the rapidly growing, acid-dripping alien before it can cut them down--one by one.

A triumph of art direction, set design, and special effects, ALIEN gains much of its impact from the contrast between the bleak, antiseptic beauty of the space vessel's interior and the primordial horror of the alien, a brilliantly original fusion of insect, man, and machine designed by Swiss surrealist painter H.R. Giger. The top-notch cast also includes Veronica Cartwright, Yaphet Kotto, and Harry Dean Stanton.