The #1 novel of the year - now a motion picture! 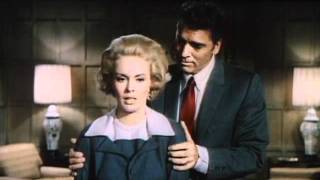 One of the original "disaster" movies, this all-star nail-biter follows a series of emergencies at a large Midwestern airport on a snowy night. The weather's bad enough, but then a passenger threatens to blow up an inbound plane. Based on Arthur Hailey's novel. Sequels include Airport 1975, Airport '77 and The Concorde - Airport '79 and dozens of other catastrophe epics built from the same blueprint.

A crazed bomber aboard a jet threatens the passengers -- even as a raging snowstorm promises to shut down the airport and prevent rescuers from reaching the plane. As the large-scale disaster plays out, smaller personal dramas unfold, too -- crumbling marriages, unplanned pregnancies, and stowaways on the doomed plane.