Tales from the Hood (Blu-ray) R

Chill or be Chilled

17K ratings
Currently Out of Stock: We'll get more as soon as possible
Notify Me When Available
Add to Wishlist
Format:  Blu-ray
sku:  6ECQD
Our customers love us! 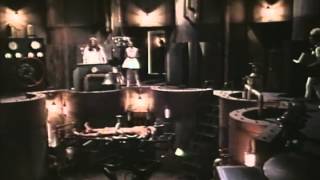 Tales From The Hood Trailer 1995

When three homeboys go to a funeral parlor to get some drugs stashed in their late friend's coffin, the creepy mortician has some frightful lessons in store for them.

This politically tinged anthology puts a new spin on tales of the strange and the supernatural.
While three hoods sit around a mortuary waiting for their supplier to arrive with dope, the owner helps them pass the time by telling stories about the very weird things he's witnessed. In one, a black rookie cop tries but fails to prevent some crooked policemen from beating an African-American community leader to death... but the victim finds a way to get his revenge. The second is a heart-wrenching drama about domestic violence that only magic can end, and the third story is a wickedly funny parody of racist Southern politicians, featuring a candidate who resembles several real public figures. Finally, in the last episode, a violent black gang members finds himself imprisoned with a white supremacist killer -- and the two surprisingly find a lot in common...

Humanoids from the Deep
$18.80 Super Savings
Add to Cart

The People Under the Stairs (Collector's Ed.) (Blu-ray)
$18.30 Super Savings
Add to Cart