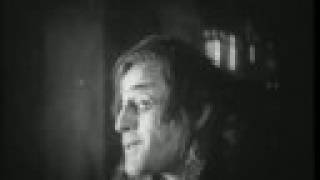 John Barrymore is riveting as humanitarian scientist Dr. Henry Jekyll in this classic 1920 version of Robert Louis Stevenson's classic tale. Dr. Jekyll, obsessed with separating the good and evil impulses in every person, creates a potion that transforms him into the demonic Mr. Hyde. Dr. Jekyll's on-camera transformation to Hyde contains a tour de force performance by John Barrymore. The initial transformation scene was achieved only through Barrymore's facial contortions without the use of makeup and remains a frightening, memorable sequence to this day.

Based on Robert Louis Stevenson's often adapted 1886 socially conscious horror novella, this version stars the incomparable John Barrymore as Dr. Henry Jekyll, a gentle, saintly Victorian physician. However, when the good Dr. Jekyll meets the diabolical Sir George Carew by chance one evening, Jekyll becomes fascinated by the dark side of the human psyche. Further goading his imagination is the sinfully seductive Miss Gina, who arouses more of Jekyll's nascent sexual and sociopathic longings. Determined to explore the dark side of consciousness without endangering himself, Jekyll concocts a potion that transforms him into Edward Hyde, an uninhibited rogue whom Barrymore brilliantly brings to life with the help of only artificial teeth and fingers. Soon, Jekyll finds that it is becoming harder and harder to separate his two personalities, sending him into a downward spiral that seems destined to end with the destruction of his former identity.

In this brilliant silent version of the Robert Louis Stevenson classic, starring John Barrymore, a doctor investigates dividing man's intellectual side from his baser instincts. His experimentation awakens the monster within and the good doctor must fight himself to save the ones he loves.

Silent | Slasher | Vintage | Mad Doctor | Based On A Novel

The Cabinet of Dr. Caligari
$20 ENDS TONIGHT
Add to Cart

The Phantom of the Opera
$10
Add to Cart

Customer Rating:
Based on 7906 ratings.


This DVD was first offered in 2002. I am amazed that no one has seen fit to comment on this movie since. The initial transformation from Jekyll to Hyde is astounding, especially given our present-day addiction to special effects in our movies. John Barrymore's on-camera transformation to Hyde is alone worth more than the price of the DVD. Such acting talent is no longer required.

Even more amusing is what occurs in the initial transformation back to Jekyll. In today's world, such a mistake would have warranted a do-over. I won't tell you what the mistake was; you'll have to see it for yourself.

I don't listen to silent movie soundtracks. I listen to music of my own choosing. For this movie, anything by Tool fits well. Early Metallica music fits well too.