An invisible invader causes havoc and destruction in this ultra-serious "50's-style" Science-Fiction classic. 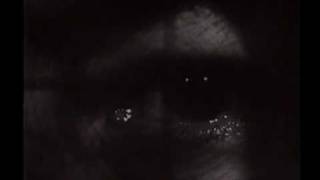 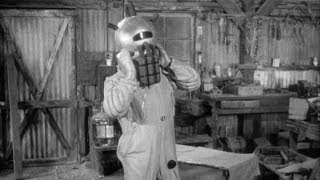 A mysterious UFO crashes near Los Angeles and unleashes an invisible alien from an unknown planet. "The Phantom" goes on an unwitting rampage of death and destruction as it struggles for survival in a strange new world. A group of valiant scientists race against the clock to find the creature before further disaster ensues. This remarkably serious film noir documentary-styled science-fiction epic was directed by W. Lee Wilder (Billy's brother) who was also responsible for such similarly sober "masterpieces" as The Snow Creature (1954) and Killers From Space (1954).

A group of people in an isolated observatory are terrorized by an invisible alien.

25%off
The Incredible Petrified World
$5.95 on Sale
Add to Cart

Customer Rating:
Based on 1319 ratings.


This film is a nostalgia trip for me. I saw only the last half-hour of this baby about 38 years ago, and it's haunted me ever since. FINALLY, I have my own copy! Yay!
I loved the repetitve use of the same hallway scenes inside the observatory/laboratory, the woody station wagon going over the same stretch of road, etc. The seemingly endless "scientific" discussions are a riot, but some of special effects are fairly good, considering the miniscule budget this production labored under. Trivia Note: The Space Phantom's helmet is the same one used by George Barrows (the guy in the gorilla suit)in ROBOT MONSTER, except in this film it's worn backwards! Amazing improvisation, eh? Score yourself a double feature with this film and KILLERS FROM SPACE and you'll never be the same.


This film starts off slow with the typical news reporter/government/police threesome (which seems to be the focus of many atomic era sci-fi flicks) chasing after the phantom from space. But if you can hold out for the first twenty minutes or so you will find yourself watching a very cool movie! Three things that really grabbed my attention were: 1. The awesome spacesuit worn by the invader 2. The always fascinating invisibility effects 3. the payoff at the end when you see what the alien REALLY looks like! Great special effects for the low budget. Thanks to Alpha, these neat little lost gems can now be obtained for a few bucks! Highly recommend for fans of the genre.