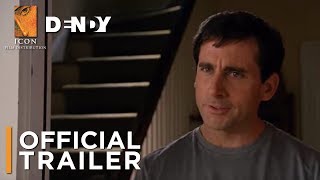 Just as LITTLE MISS SUNSHINE did in 2006, DAN IN REAL LIFE reveals that Steve Carell is an actor who can do more than just comedy. He's won both accolades and awards as bumbling boss Michael Scott on THE OFFICE, but there's a greater depth to this performance as a single father and man in love. Advice columnist Dan Burns (Carell) has his hands full with three daughters that he's not willing to let grow up. The girls still grieve for their mother who died four years ago, and Dan hasn't made any attempts to date. So he's pleasantly surprised when he meets Marie (Juliette Binoche) at a bookstore when he goes to his parents' Rhode Island home for the annual family reunion. But his joy is short-lived when he discovers that she is dating his brother (Dane Cook), forcing Dan to hide his feelings and chemistry with Marie.

Carell adeptly balances his role's humor and heartache, while Binoche (CHOCOLAT) is radiant as ever. Comedian Cook (GOOD LUCK CHUCK) shows surprising talent as the third leg of their love triangle. Through his duties as director and co-screenwriter, Peter Hedges deserves much of the credit for creating a film that is sweet without being sappy. Even though he's working with a far bigger budget than he did for his directorial debut, PIECES OF APRIL, he still maintains the feelings of intimacy and honesty that made that film such a critical favorite. What could have been a standard romantic comedy of errors turns into a strong film that goes deeper than many of its peers in the genre. DAN IN REAL LIFE also succeeds thanks to its soundtrack from Norwegian indie pop musician Sondre Lerche. The singer's compositions, both originals and favorites from his career, perfectly suit the film's tone and moods.

Steve Carell (THE 40-YEAR-OLD VIRGIN, TV's THE OFFICE), Hollywood's leading funnyman, stars in the hilarious comedy that's bursting with charm -- a movie you'll watch again and again. Advice columnist Dan Burns (Carell) is an expert on relationships, but somehow struggles to succeed as a brother, a son and a single parent to three precocious daughters. Things get even more complicated when Dan finds out that the woman he falls in love with is actually his brother's new girlfriend. Carell is joined by a brilliant all-star supporting cast, including Juliette Binoche, Dane Cook, John Mahoney and Dianne Wiest, for a heartfelt, fun-filled comedy that's "laugh-out-loud funny" -- Steve Oldfield, FOX.

The Family Stone
$10
Add to Cart

While You Were Sleeping
$6.60
Add to Cart