Chevy Chase finds life in the country isn't what it's cracked up to be! 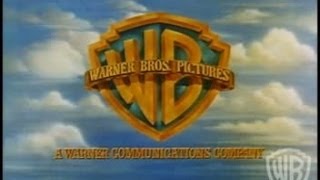 George Roy Hill's FUNNY FARM stars Chevy Chase as Andy Farmer, a big-city sportswriter. Since he and his wife, Elizabeth (Madolyn Smith), are fed up with the tensions of urban life, they decide to buy a house in the country where each of them will be able to work on their book projects in peace. Shortly after they've moved to a spacious farmhouse in a small New England village, Andy begins to realize that his dreams of bucolic nirvana are, in fact, delusions. First the birds sing too loudly, preventing him from concentrating on his work. Then he learns that there's a corpse buried in their garden, not to mention snakes in their lake. They have to make calls from the pay phone located in their kitchen, and the grasping townspeople seem to have their meters running 24/7. To make matters worse for Andy, who can't get started on his book, his wife has sold her children's book, with a squirrel protagonist named Andy, not long after moving into the new house. Hill has toned down Chase's broader mannerisms, adopting the tone of MR. BLANDINGS BUILDS HIS DREAM HOUSE. The film is based on Jay Cronley's novel.

A Manhattan sportswriter takes his wife to live in the country, seeking peace to write a novel. Country life isn't nearly as bucolic as the clichés, however, and when his novel stalls, so does their marriage. This underrated film is full of hilarious screen moments.

16%off
The Great Outdoors
$8.40 Super Savings
Add to Cart