Teenagers are turned into zombie-like slaves by a mad female scientist. 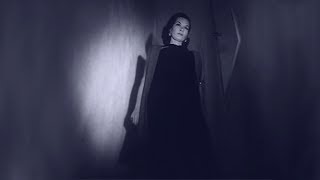 On a secluded island, a mad scientist concocts a horrific plot for world domination. When a group of teenagers land on the beach, they fall prey to her demonic scheme. The diabolical madwoman has developed a mind-control drug which turns humans into soulless slaves. Confined to steel cages, the teens listen helplessly as she describes her plan to rule over a planet of zombies subject to her fiendish will. Surrounded by vacant-eyed captives and brutal henchmen, the teens become victims to mind altering gas. An uprising is sparked by an escaped gorilla as the zombies turn against their master. A cinematic punishment from grade-Z auteur Jerry Warren, Teenage Zombies defies all logic and reason. This is a film so totally outrageous that new words have to be coined to describe it. Katherine Victor who plays the mad Dr. Myra went on to "great acclaim" in a series of Jerry Warren productions including the Wild World of Batwoman and numerous "Americanizations" of Mexican monster movies. Don Sullivan is best remembered for playing brave teenage heroes in such films as The Giant Gila Monster and Monster.

A group of four boating teens come across an island which is being used by a foreign country to conduct experiments which are working toward turning the people of the United States into zombies. The teenagers are then captured by a female scientist, who imprisons them with the intention of using them for her next experiement.

Teenage | Vintage | Zombies | Mad Doctor | Theatrical Release
This product is made-on-demand by the manufacturer using DVD-R recordable media. Almost all DVD players can play DVD-Rs (except for some older models made before 2000) - please consult your owner's manual for formats compatible with your player. These DVD-Rs may not play on all computers or DVD player/recorders. To address this, the manufacturer recommends viewing this product on a DVD player that does not have recording capability.

The Young Land
$10
Add to Cart

Scared to Death
$10
Add to Cart

25%off
The Incredible Petrified World
$5.95 CYBER WEEK
Add to Cart