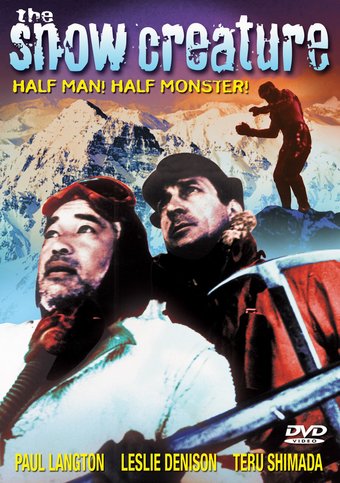 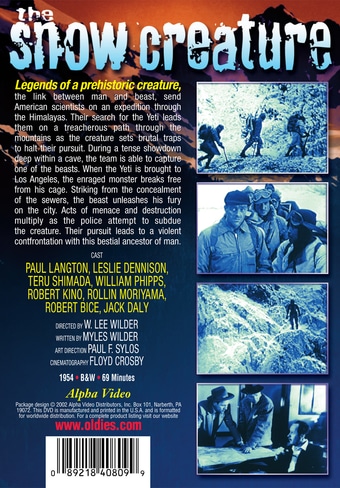 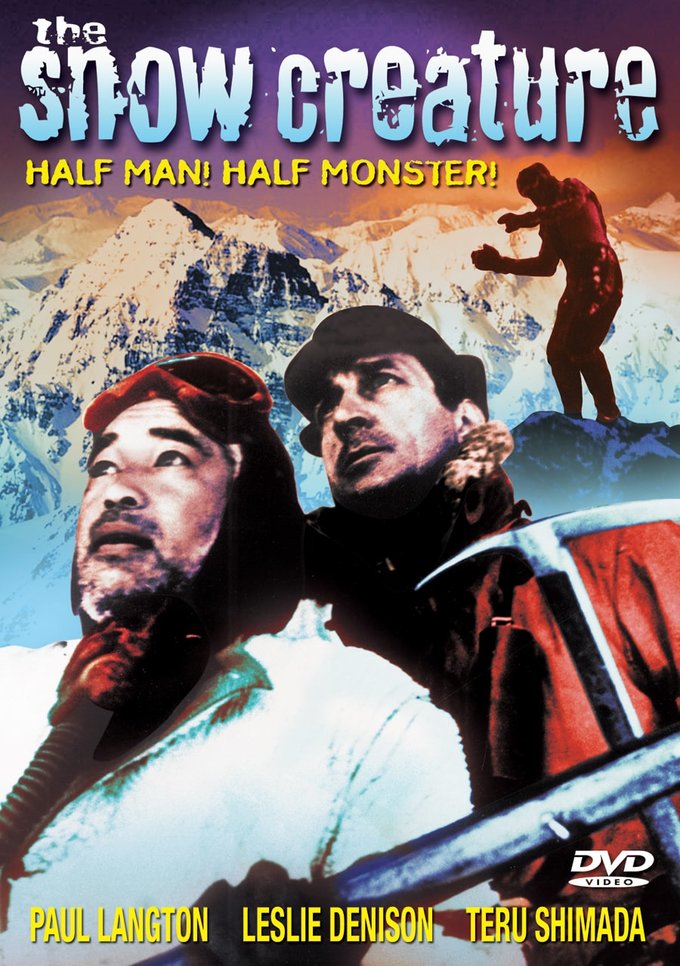 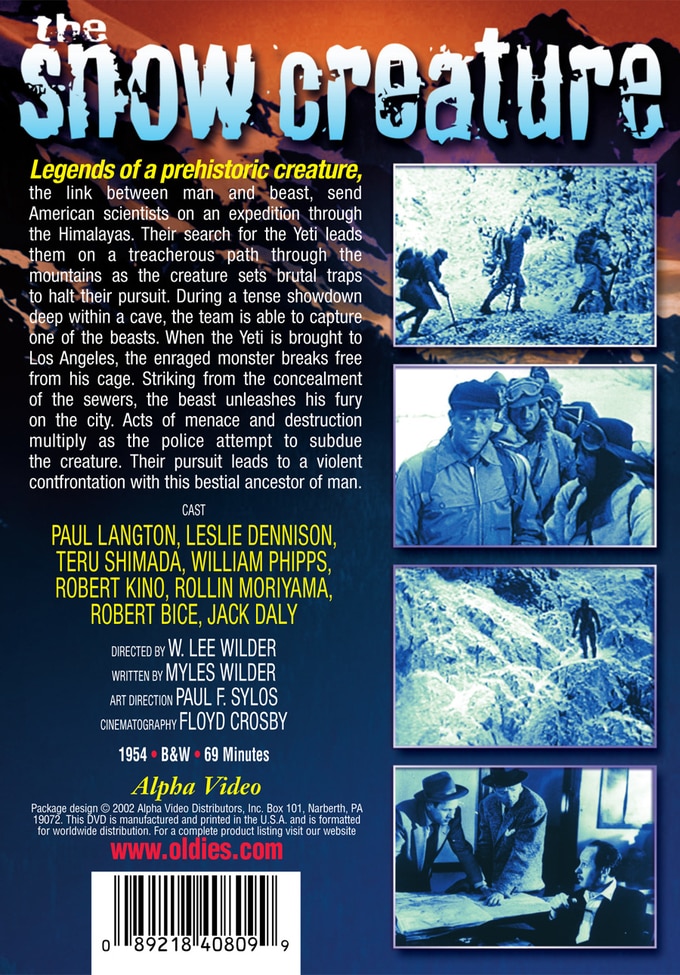 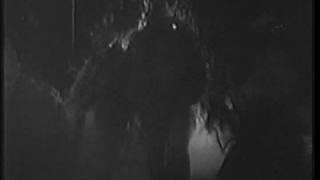 Legends of a prehistoric creature, the link between man and beast, send American scientists on an expedition through the Himalayas. Their search for the Yeti leads them on a treacherous path through the mountains as the creature sets brutal traps to halt their pursuit. During a tense showdown deep within a cave, the team is able to capture one of the beasts. When the Yeti is brought to Los Angeles, the enraged monster breaks free from his cage. Striking from the concealment of the sewers, the beast unleashes his fury on the city. Acts of menace and destruction multiply as the police attempt to subdue the creature. Their pursuit leads to a violent confrontation with this bestial ancestor of man.

High in the Himalayas a creature is captured by an expedition and brought back to civilization. As soon as this abominable snowman escapes, disastrous mayhem unleashed itself on innocent civilization.

Monsters | Wilderness | Mountains
This product is made-on-demand by the manufacturer using DVD-R recordable media. Almost all DVD players can play DVD-Rs (except for some older models made before 2000) - please consult your owner's manual for formats compatible with your player. These DVD-Rs may not play on all computers or DVD player/recorders. To address this, the manufacturer recommends viewing this product on a DVD player that does not have recording capability.

Customer Rating:
Based on 1332 ratings.


This is an awful film: static camera work, wooden acting, no pace. A real Lee Wilder clunker. You can tell that the 'Tibetan' guides are actually speaking in Japanese! Other than that, there's nothing of interest here. Even Ed Woods' "Bride of the Monster" is more interesting to watch.


What a disappointment. I love Yeti films but this is poorly acted, miserably directed and dreadfully written. Good print though.