Two GIs are the sole American survivors on an island captured by the Japanese in a dramatic story written by Phillip Roth. 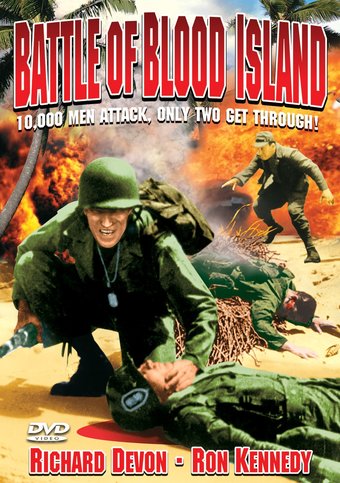 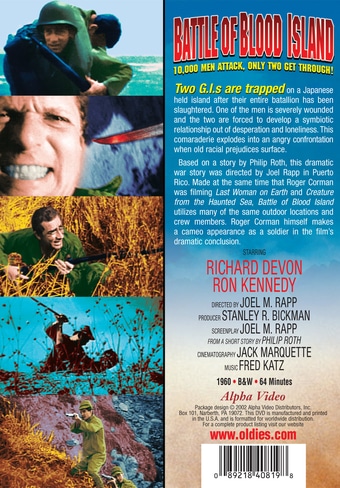 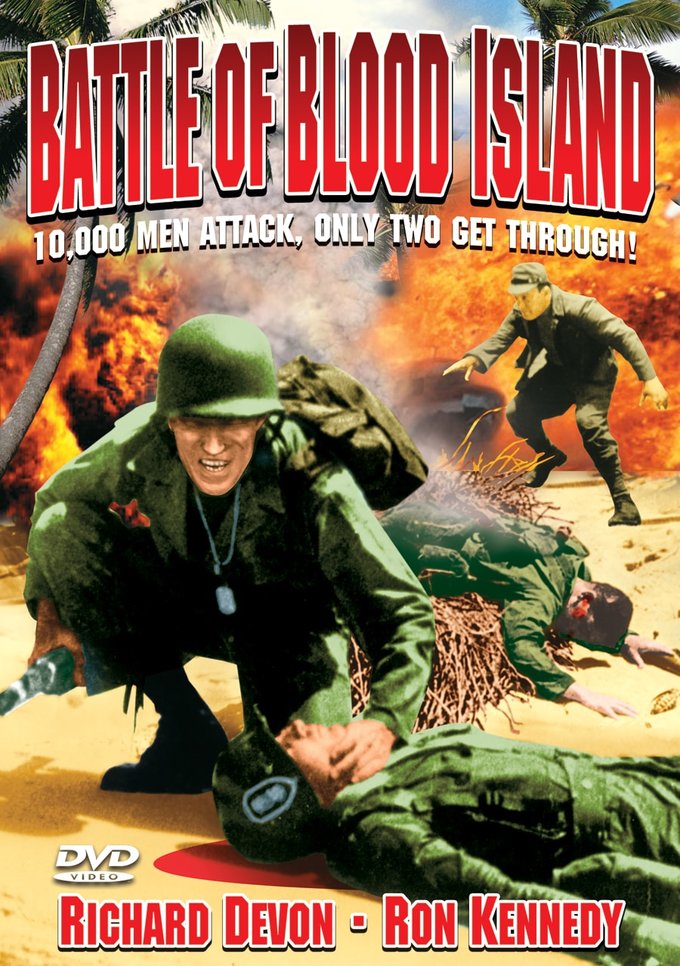 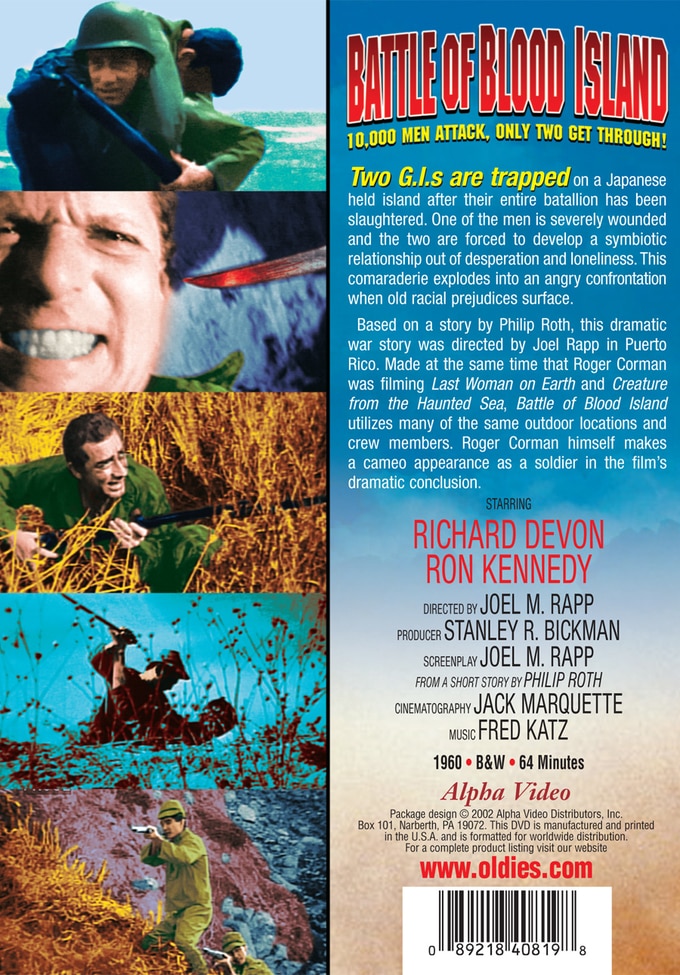 Two G.I.s are trapped on a Japanese held island after their entire battalion has been slaughtered. One of the men is severely wounded and the two are forced to develop a symbiotic relationship out of desperation and loneliness. This camaraderie explodes into an angry confrontation when old racial prejudices surface. Based on a story by Philip Roth, this dramatic war story was directed by Joel Rapp in Puerto Rico. Made at the same time that Roger Corman was filming Last Woman on Earth and Creature from the Haunted Sea, Battle of Blood Island utilizes many of the same outdoor locations and crew members. Roger Corman himself makes a cameo appearance as a soldier in the film's dramatic conclusion.

In order to meet the challenge of a Japanese bombing of their island outpost, two soldiers, a Christian and a Jew, must put aside their differences and find a way to work together.

World War II | Social Issues
This product is made-on-demand by the manufacturer using DVD-R recordable media. Almost all DVD players can play DVD-Rs (except for some older models made before 2000) - please consult your owner's manual for formats compatible with your player. These DVD-Rs may not play on all computers or DVD player/recorders. To address this, the manufacturer recommends viewing this product on a DVD player that does not have recording capability.

17%off
Billy the Kid Returns
$8.30 Super Savings
Add to Cart