Spin: "[M]astering a droning, garage-rock woozieness that's rooted in the past, but fully present in the moment. Unsurprisingly dour, DEATH SONG is an perfect encapsulation of the mood of the past year." 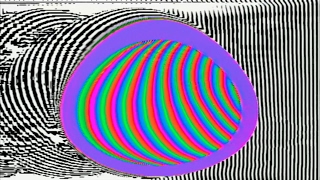 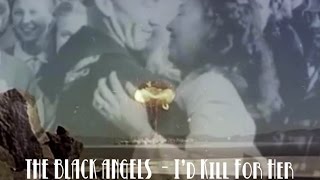 I'd Kill For Her - The Black Angels (Visualizer) (Music Video)

Spin
"[M]astering a droning, garage-rock woozieness that's rooted in the past, but fully present in the moment. Unsurprisingly dour, DEATH SONG is an perfect encapsulation of the mood of the past year."
Magnet
"The Black Angels have always had a knack for blurring the line between spiraling psych/garage and blunt-edged hard rock, and they waste no time in showing off that skill on opening cut 'Currency.'"
Paste (magazine) - "It's as if the Texas psych-garage mainstays have now fully mapped the edges of their sound and that this process has allowed them to return with an extreme vengeance to the dead center of what they are."

Personnel: Christian Bland (vocals, guitar, Mellotron); Jake Garcia (vocals, guitar); Alex Maas (vocals, harmonium); Kyle Hunt (guitar, organ, Moog synthesizer); Stephanie Bailey (electric organ, drums, percussion).
Audio Mixer: Phil Ek.
Recording information: Arlyn Studios, Austin, TX (09/2016); Avast! Studios, Seattle, WA (09/2016); Electrokitty (09/2016); Arlyn Studios, Austin, TX (10/2016/11/2016); Avast! Studios, Seattle, WA (10/2016/11/2016); Electrokitty (10/2016/11/2016); Arlyn Studios, Austin, TX (2016); Avast! Studios, Seattle, WA (2016); Electrokitty (2016).
How good can a bad trip sound? When you're being dosed by the Black Angels, bad karma can conjure up some very impressive sounds, and on the band's fifth full-length album, 2017's Death Song, their moody psychedelic attack is executed with an impressive level of skill and focus. From a performance aspect, Death Song (a title the Black Angels have clearly been waiting to use since they bought their first distortion pedal) ranks with the band's very finest work. Here, the musicians sound tight and full of purpose, without losing the foggy tone that plays a serious role in their music. The clouds of guitar fuzz and waves of echo give the songs the malevolent trippiness they demand while drummer Stephanie Bailey keeps the rhythms crisp and propulsive, and her solid foundation allows the other musicians greater room to move. Alex Maas' lead vocals are at once cool and commanding as he plumbs the depths of numbers like "I'd Kill for Her," "Comanche Moon," and "Medicine," and the guitar army of Christian Bland, Jake Garcia, and Kyle Hunt (all of whom double on other instruments) delivers the shuddery atmosphere that has become the Black Angels' trademark. As is also a tradition with the Black Angels, Death Song is an album that's big on cool sounds and not as strong in terms of songs (despite the title), and if you're searching for compelling melodies or hooks, this album may not be your cup of acid. But if you're in the market for an album that will summon the dark atmospheres, Death Song certainly delivers the goods, and it demonstrates that the Black Angels slowly but surely improve each time they go into the studio. ~ Mark Deming

The Raconteurs
Help Us Stranger
$14.50
Add to Cart

The Claypool Lennon Delirium
South of Reality
$15.40
Add to Cart

The Black Angels
Directions to See a Ghost
$12.70
Add to Cart