Bela Lugosi is driven to murder by the sight of his deceased wife's "ghost." 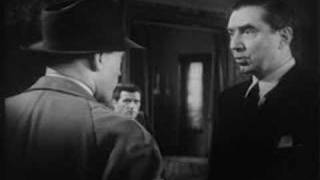 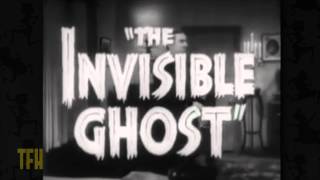 In the first of the notorious "Monogram 9," Bela Lugosi stars as a doctor driven to murder by the ghost of his faithless wife. When the "phantom" appears, it pushes Dr. Kessler into a maniacal rage that can only be quenched with violence. As the corpses pile up, the doctor begins a hunt for the culprit, unaware that he has committed the murders himself while in a hypnotic trance. A villainous twist exposes the truth about the ghost, the killings and the insanity. Director Joseph H. Lewis sets a dark and foreboding mood for this Jekyll and Hyde tale. Ripe with unexpected shots and dynamic lighting, the Invisible Ghost is the most visually striking of Lugosi's Monogram features.

A seemingly dead wife returns to hypnotize her husband, a kindly doctor (Lugosi), and makes him murder their houseguests. A moody and atmospheric horror thriller, above average from Lugosi's Poverty Row years.

Customer Rating:
Based on 2803 ratings.


I have noticed that some reviewers rave about this film. I found it one of Bela's worst. Take a close look at him when he's in his muredrous trance! Badly acted and badly directed. Poor Bela - I know he could - and did - do better!

One of my favorites Movie Lover: Frederik Tolstrup from Elsinore, Denmark DK -- November, 17, 2009


"Invisible Ghost" is an well played and atmospheric movie. It is one of my favorites because Bela Lugosi (one of my favorite actors) have a very subdued performance. It's nice to see he could also play subdued! And Clarence Muse is gorgeous and funny!


Bela's first film in his nine film deal with Monogram pictures is still good. His performance is good as are Polly Ann Young(Loretta's sister)and all of the other featured players. Nice set of Lugosi's house lends considerably to atmosphere of film.


This movie is worth seeing because of it's historical nature. The Oldies synopsis above is accurate. However it is mostly a detective story with a bit of "horror" thrown in to validte the H rating. You will not be scared. You even know "who did it". I think it is a part of one of the Alpha Video collections and for some that may be a better buy.
I intend to post this exact same comment about "The Human Monster"