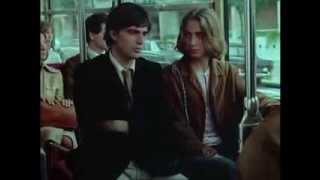 French master Robert Bresson adds another moving, reflective film to his catalogue with THE DEVIL, PROBABLY. In a flashback, the film recounts the final days of Charles (Antoine Monnier), a somber Parisian youth who is struggling to find meaning and redemption in modern big-city life. Unable to find happiness and justification in religion, politics, or within himself, he begins to spend time with two women, Alberte (Tina Irissari) and Edwige (Laetitia Carcano), with the hopes of making a lasting connection. Ultimately, these attempts fail also, rendering him utterly depressed and empty. His unbearable sorrow finally catches up with him one night, when he strikes a deal with a smack-addled devil in the Pere Lachaise cemetery.

Bresson's film is a deeply melancholy portrayal of alienated youth, which earned the acclaimed director the Silver Bear at the Berlin Film Festival. Working with cinematographer Pasqualino De Santis and composer Philippe Sarde, Bresson paces his film somberly, though at 95 minutes, it never drags. Monnier's Charles brilliantly symbolizes a growing number of disillusioned young adults in the latter half of the 20th century, capturing that youthful despair with a sincerity that has rarely been captured on celluloid. Whereas Bresson's earlier MOUCHETTE dealt more personally with depression and suicide, this film works on a far grander scale, speaking for any teenager who has ever contemplated suicide.