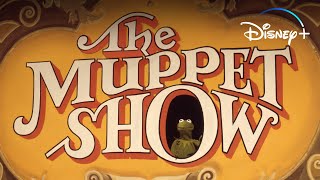 It's time to raise the curtain on THE MUPPET SHOW! Join Kermit, Miss Piggy, Fozzie Bear, the Swedish Chef and more, in the first season of this groundbreaking twist on the classic variety show. Contains all 24 episodes, which have been completely restored and remastered. The bonus features also include something you were never meant to see: Jim Henson's original "pitch reel" that propelled the Muppets' blend of original songs, sketch comedy, and guest stars into a primetime hit for all ages! Come discover for yourself the most sensational, inspirational, celebrational, Muppetational pleasures of THE MUPPET SHOW: SEASON ONE!

16%off
The Muppets
Muppets Double Feature (Muppets from Space / The Muppets...
$8.40 Super Savings
Add to Cart