Bride of The Gorilla

A voodoo curse changes a man into a killer gorilla. 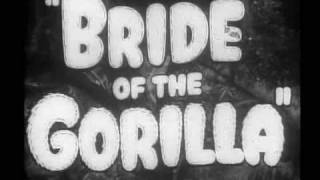 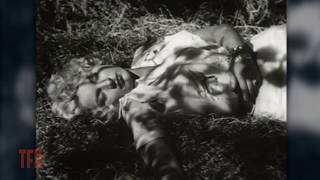 Joe Dante on BRIDE OF THE GORILLA (Featurette)

Overcome with passion and desire for the beautiful and sultry Dina Van Gelder (Barbara Payton), plantation manager Chavez (Raymond Burr) is driven to murder her husband. Having spurned one of the locals for the sensual blond, he becomes the victim of a curse by a voodoo priestess. "He shall be like an animal," she proclaims, thereafter transforming him into a gorilla whenever he enters the jungle. Lon Chaney, Jr. stars as the local commissioner with a respect for native superstitions who attempts to prove that Chavez is a murderer. This ultra-serious, grade B horror film by Curt Siodmak delivers another view of the metamorphosis he made so famous with the masterpiece The Wolf Man.

Raymond Burr is a plantation owner who changes into a gorilla and terrorizes his wife, baffling the local authorities. Lon Chaney, Jr. plays the good guy for a change.

Campy | Vintage | Animals | Theatrical Release
This product is made-on-demand by the manufacturer using DVD-R recordable media. Almost all DVD players can play DVD-Rs (except for some older models made before 2000) - please consult your owner's manual for formats compatible with your player. These DVD-Rs may not play on all computers or DVD player/recorders. To address this, the manufacturer recommends viewing this product on a DVD player that does not have recording capability.

Customer Rating:
Based on 1412 ratings.


This film begins with Lon Chaney, Jr.'s cheesy 1950s narration over grainy stock footage of jungle animals. I expected the movie to disintegrate into B-movie schlock from that point on. I was in for a surprise. From those cheap opening shots this film blossoms into surprisingly well-written, well-acted cinema that will unfortunately always be pigeonholed as a monster movie. Everyone is excellent, particularly Mr. Burr's wide-eyed, unhinged performance as the poisoned man who abandons his ill-gotten life of privilege for the freedom of the jungle, where he is master. I was particularly impressed with the uncredited woman who plays the elderly maid that places the curse on Burr. She is obviously old enough to have acted in silent films, as is apparent from her command of wordless acting. Overall, great entertainment from the mid-20th century. There will never be movies made like this again.


i enjoyed this film. it's basically siodmak reworking 'wolfman' but being able to carry through the original ideas which universal scuppered. very low budget but entertaining and with a reasonable script. burr is excellent as the main participant and payton shows why so many hollywood men lusted after her. well worth a look.


No this is not an Ed Wood film, that's THE BRIDE AND THE BEAST you are thinking of. This is a much better psychological thriller that stays deliberately ambiguous and challenges your imagination.
Barney Chavez (Raymond Burr) is a plantation foreman in love with his bosses wife Dina(Barbara Payton). In fact Barney just stands by while his boss (Paul Cavanaugh) is fatally bitten by a snake so he can marry Dina and take over the place. Unknown to him a native woman has seen his evil deed and curses him ("He shall be like an animal that hunts in the jungle! The jungle shall hunt him to his death!"). On his wedding day Barney sees himself changing into a gorilla . . . or does he? We always see things from Barney's point of view so we never really know if he is really changing or not; and that is what makes the tension in this film so great.
Taro (Lon Chaney) the local police official and Dr. Viet (Tom Conway) both think Barney is guilty of murder but lack evidence to arrest him.
But as Taro says "The jungle will punish Barney." and does it ever!
Barbara Payton, who lived the role of a "bad girl" on and off the screen, appears with Lon Chaney again in the western drama ONLY THE VALIANT. Tom Conway met up with THE SHE CREATURE and Paul Cavanaugh became THE MAN WHO TURNED TO STONE. Look quickly for Woody Strode (a future Oscar nominee for his role in John Ford's SERGEANT RUTLEDGE) in one of his early roles as a police constable.
Late night material? Yes. Fun? You bet! Worth getting? What are you waiting for?


This film is much better than the title suggests. This is love triangle territory with jungle moodiness and a curse thrown in to stir up the pot. Raymond Burr brings much to his role: his character is both repugnent and sympathetic. Barbara Payton is both an eyeful and very effective as "the woman". The leads' roles are 3-dimensional, so you get far more than B-movie stereotypical characterizations. This film is another excellent example of what a talented director and cast can do on a modest budget.


One of my favorite films is Bride Of The Gorilla. I was glad to see Alpha put this one out. I am pleased with overall picture quality and it was a joy seeing this film again with Raymond Burr and sexy Barbara Payton. As always Alpha has the best eye catching boxes around as well. If you pick this movie up you won't be disappointed. Highly Recommended.