1.5K ratings
Out of Print: Future availability is unknown
Notify Me When Available
Add to Wishlist
Format:  DVD
sku:  C8VV
Also released as:
The Loveless (Blu-ray) for $31.80
Our customers love us! 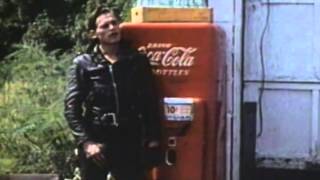 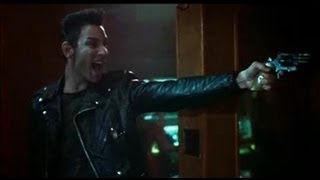 A group of reckless bikers, on their way to the Florida cycle races, stop for lunch in a small town diner. There they wreak general havoc, and as night falls, the local townspeople make plans for revenge.

From the director of NEAR DARK and the producer of WILD AT HEART
Willem Dafoe made his unforgettable movie debut as the leader of a ‘50s biker gang lost in a world of black leather, bad girls and sudden violence in the independent hit that marked the emergence of one of modern cinema's most important woman directors. Rockabilly icon Robert Gordon co-stars in this evocative drama co-written and co-directed by Kathryn Bigelow (NEAR DARK and POINT BREAK) and Monty Montgomery (producer of WILD AT HEART and TWIN PEAKS) with a too-cool soundtrack featuring original music by Robert Gordon and John Lurie. Hailed as ‘the thinking man's biker movie,' THE LOVELESS now features a stunning new transfer from original negative materials and an exclusive audio commentary with Bigelow, Montgomery and Willem Dafoe.

Kathryn Bigelow made her feature film debut as a director with this stylish homage to the 1954 classic "The Wild One."
Trouble ensues when a motorcycle gang stops in a small southern town while heading to the races at Daytona. Leading the gang is the tough, unemotional Vance, who becomes attracted to Telena, a pretty young local girl.
The bikers also include Debbie, a blonde who proves to be just as tough as the guys in the gang.
Bigelow and co-director Monty Montgomery concentrate more on character and mood than plot, and have included a lot of rockabilly music throughout the film.