Adventurers discover an undersea world when their diving bell is lost in the ocean depths. 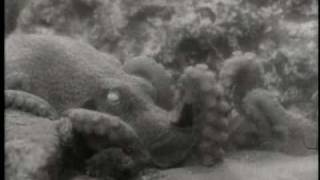 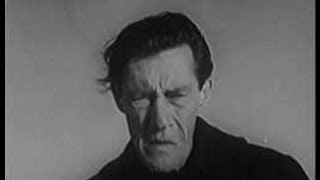 Trapped at the bottom of hostile waters, explorers discover their only chance for survival is a labyrinth of undersea caves. The caverns provide oxygen and shelter for the survivors, but lack an escape route to the surface. When they come across a human who has lived in the tunnels for fourteen years, their hopes for a passage out are dashed. Facing an eternity spent in the caverns of the deep, the four explorers' relationships deteriorate. As their confidence fades, their seaside leader refuses to give up on the team and risks everything to save them. Producer/Director Jerry Warren is legendary for his cinematic "style" (Teenage Zombies, Man Beast and The Wild World of Batwoman). The presence of above-average talents John Carradine, Phyllis Coates, Robert Clarke and Sheila (Carol) Noonan does nothing to steer The Incredible Petrified World away from Warren's trademark "qualities."

A professor lowers four people in a diving bell deep into a cave where they discover a strange world.

Science-Fiction | Suspense | Thriller | Theatrical Release
This product is made-on-demand by the manufacturer using DVD-R recordable media. Almost all DVD players can play DVD-Rs (except for some older models made before 2000) - please consult your owner's manual for formats compatible with your player. These DVD-Rs may not play on all computers or DVD player/recorders. To address this, the manufacturer recommends viewing this product on a DVD player that does not have recording capability.