No one has ever escaped from Alcatraz...and no one ever will! 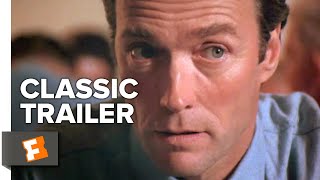 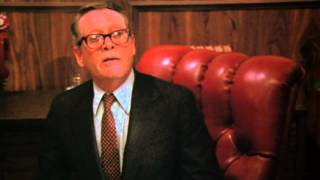 Based on the true story of the only escape from Alcatraz--a maximum-security prison built on an island located in shark-infested waters to contain the most dangerous, hardcore criminals and most gifted escape artists in the U.S.--ESCAPE FROM ALCATRAZ stars Clint Eastwood as inmate Frank Morris, the man who plans the escape. When he arrives at Alcatraz in 1960, Morris has an interview with the pompous warden (Patrick McGoohan), who assures him that the prison is escape-proof, well aware of his record of prison breaks. Upon entering the prison population, Morris makes friends with some of the more human inmates, including Doc (Roberts Blossom), an old lifer who paints in his cell; and English (Paul Benjamin), the prison librarian. Less engaging is Wolf (Bruce Fischer), a huge prisoner who tries to stab Morris during a knife fight in the exercise yard after the latter had refused the hulk's generous offer to become his punk. Morris emerges from his punishment in solitary to find that his old friends, the Anglin brothers Jack (Fred Ward) and Clarence (Jack Thibeau), have arrived. He knows that with them he can make a break. This meditative, deliberately paced film might be the only Zen prison movie on record. Eastwood, Siegel, and screenwriter Richard Tuggle brilliantly evoke the look and feel of prison life in this exhaustively researched project, eschewing excess violence and histrionics as they make clear how much patience, ingenuity, and careful planning are involved in an escape of this magnitude.

This nonglamorous account of a prison break is based on a true 1962 escape attempt from the island, a maximum-security penal institution in San Francisco Bay.

The Shawshank Redemption
$6.40
Add to Cart

Trouble with the Curve (DVD)
$6 Super Savings
Add to Cart