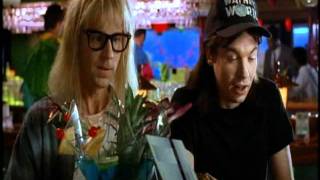 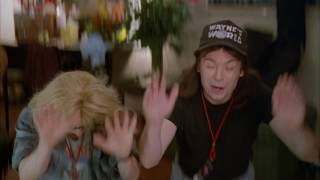 In this big screen spin-off of SATURDAY NIGHT LIVE, two small-town cable TV hosts and lifetime best friends (Mike Myers and Dana Carvey) spend their days and nights chasing babes (schwing!) and refusing to budge from their long-haired, head-banging style. Ably capturing the goofiness and exuberance of youth and love of music, director Penelope Spheeris (THE DECLINE OF WESTERN CIVILIZATION PARTS 1 and 2) brings a natural sense of fun and abandon to the film. Features appearances by Rob Lowe, Chris Farley and rockers Meat Loaf and Alice Cooper.