The Satanic Rites of Dracula R 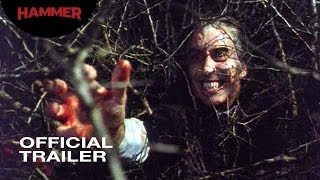 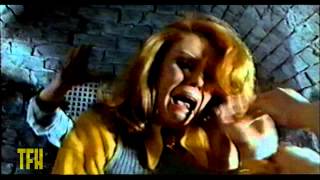 Joe Dante on THE SATANIC RITES OF DRACULA (Featurette)

Hidden behind the doors of England's wealthiest manors are altars dedicated to the worship of Satan, the sites of hideous black mass rituals. These twisted scenes of torture and sacrifice are perpetrated by the country's most prominent citizens, seduced by the power of Count Dracula. The vampire has enlisted the aid of politicians, generals, and scientists to unleash a deadly plague on the earth. The legendary vampire hunter, Dr. Van Helsing, learns of the scheme just before the Sabbath of the Undead, the day chosen for human annihilation. With the aid of his granddaughter and two investigators, he pursues Dracula to his foul lair where they clash in a devastating battle that will decide the fate of the human race.

In this modern update of the Dracula saga, Count Dracula (Christopher Lee) leads a Satanic cult of prominent scientists and politicians into developing a gruesome plague virus. His only obstacle is his old nemesis Lorimar Van Helsing (Peter Cushing). The Count poses as an isolated billionaire, and holds hostage Van Helsing's granddaughter (Joanna Lumley). Though Van Helsing does not realize that his arch enemy is the same person responsible for the plague, but sets about trying to rescue his granddaughter. When he uncovers the truth behind the secret identity--will he stop the villain once and for all'

British | Campy | Occult | Thriller | Vampires | Illness | 1970s | Diseases
This product is made-on-demand by the manufacturer using DVD-R recordable media. Almost all DVD players can play DVD-Rs (except for some older models made before 2000) - please consult your owner's manual for formats compatible with your player. These DVD-Rs may not play on all computers or DVD player/recorders. To address this, the manufacturer recommends viewing this product on a DVD player that does not have recording capability.

Dracula Has Risen from the Grave (Blu-ray)
$18.70 Super Savings
Add to Cart

Dracula Has Risen from the Grave
$17.99 on Sale
Add to Cart

Customer Rating:
Based on 9744 ratings.


This film was the last "Hammer Horror" to feature Christopher Lee & Peter Cushing together. The picture and sound are fine on this release and it's a great little romp, one for your Halloween shows! It's not the best Hammer Dracula, but at this price it is 'A Hammer Horror Classic'!


If you really want to see some nudity and are parentialy restricted on the internet then this might be a fine choice.

The film seems to concentrate on one bare chested female after another but ignores pretty much anything like a plot or a scary scene.