A Half-Human Monster Stalks The Jungle! 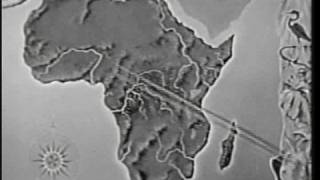 The Missing Link Found! London explorer Sir Harry Bragdon (Gordon Richards) and his beautiful daughter, Pamela (Maris Wrixon), arrive in west Africa seeking the mysterious albino gorilla that may be the bridge to human evolution. They organize a safari and embark for the dark depths of the untamed Congo. During the trip, Pamela becomes infatuated with Geoffrey Bishop (Richard Fraser), a dashing hired rifleman who harbors a secret identity. Their quest takes them through savage jungle where they must overcome deadly beasts, hostile natives, betrayal and murder in their pursuit of the mighty White Pongo.

A man in a scary white gorilla suit terrorizes the civilized world. Riches of embarrassment from the director of "Terror of Tinytown."

18%off
Friday the Thirteenth
$16.40 Super Savings
Add to Cart

23%off
Madonna of the Seven Moons
$6.90 Super Savings
Add to Cart