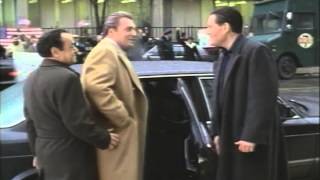 The violent, meteoric rise of Gambino crime family boss John Gotti is traced in this drama, which also chronicles the FBI's struggles to bring down the "Dapper Don." His refusal to play by Mob rules ultimately mares his Teflon resilience when the FBI persuades assassin Sammy "The Bull" Gravano to testify against his ungrateful boss. Based in part on "The Last Gangster: Winning the War Against John Gotti and the Mob" by Jerry Capeci and Gene Mustain.

This telefilm chronicles the violent life of charismatic New York mafia don John Gotti, from his early petty crimes to the life sentence he received in 1992. Gotti's rise through the Gambino family provides a glimpse inside the inner workings of the mob -- and proves once and for all that crime does not pay...