What a Glorious Feeling! 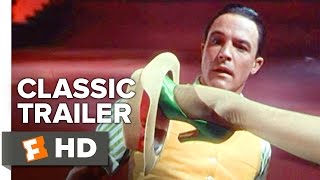 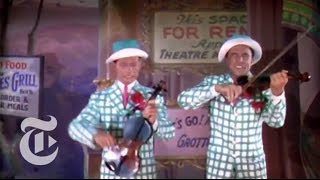 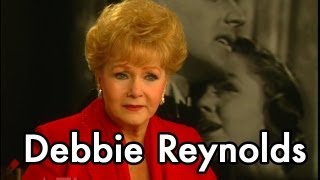 Debbie Reynolds on SINGIN' IN THE RAIN (Featurette)

"Just about the best Hollywood musical of all time," wrote Pauline Kael about SINGIN' IN THE RAIN.

After years of honing his skills on the vaudeville stage, hoofer Don Lockwood (Gene Kelly) has finally reached the top and become a swashbuckling star of the silent silver screen. Then the self-satisfied celebrity has his confidence shattered when ingenue Kathy Selden (Debbie Reynolds) dismisses film actors as "shadows" without substance. After getting over the insult, he falls hard for her--much to the consternation of his costar, the sexy, selfish Lina Lamont (Jean Hagen), who wants Don all to herself.

But Don has career troubles too. The wild popularity of THE JAZZ SINGER has studios scrambling to change from silent films to talkies, and Lina's shrill voice and Don's stiff acting left the preview audience roaring with laughter. There's only one way to save the movie and their careers: turn THE DUELLING CAVALIER into a musical, with Kathy secretly dubbing in Lina's lines and songs. But can they hide the truth from Lina'

This joyful musical sparks the desire to splash around in puddles and smile at the sky. Musical numbers glide from poignant ("The Broadway Ballet") to gleeful ("Singin' in the Rain"), with Gene Kelly lighting up the screen in scene after scene.
Hollywood in the 1920smust adapt: The unexpected popularity of talkies pushes studios and stars to reinvent themselves. Lockwood (Kelly) and his lovely but screechy-voiced costar's first talkie is a disaster in previews, but he convinces the studio to turn THE DUELLING CAVALIER into the musical THE DANCING CAVALIER. But this solution means dubbing his costar's voice, ensuring sparks will fly!