The first true story of what happens after you die. 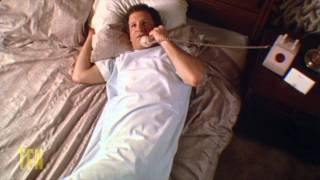 Daniel Miller's got it all--great friends, a terrific job, and a brand-new BMW--that is, until he crashes the car into a bus as soon as he drives it off the lot. Daniel finds himself in Judgment City in the afterlife, where the newly dead have five days to defend the way they lived their lives in order to be allowed to move onward instead of going back to earth to live another one. As Daniel reviews his less-than-courageous life, he also enjoys the perks of Judgment City--the Past Lives Pavilion, all the food you can eat without any risk of weight gain--and Julia, the woman he's waited all his life to find. But if he can't prove his life wasn't governed by fear, Daniel has to go back--and Julia seems a shoo-in to move onward. This highly original, touching comedy stars Albert Brooks as Daniel Miller and Meryl Streep as Julia, with hilarious supporting performances by Rip Torn as Daniel's defender, Lee Grant as his prosecutor, and Buck Henry as a taciturn substitute lawyer.

While searching for a CD in his spanking-new BMW, a hotshot advertising executive runs smack into a bus. In the afterlife--where the food is great, unlimited, and nonfattening--he falls in love with an angelic woman. Now he has to prove to the judges he has overcome the fears that have plagued him through history so that he can go to a higher plane with his newfound love.