Dr. Henry Morgan is New York City's star medical examiner. What no one knows is that Henry studies the dead for a reason: he's immortal. 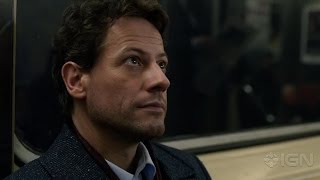 What would you do if you had all the time in the world? This new otherworldly drama follows Dr. Henry Morgan (Ioan Gruffudd), a star New York City medical examiner, on his journey to answer that looming question. Henry has a vested interest in studying the dead: He is immortal, and only his best friend and confidant, Abe (Judd Hirsch), full of life at age 75, knows Henry's secret. Henry hasn't aged at all since the clock stopped 200 years ago, but he's managed to be discreet without anyone finding out his affliction. That task becomes increasingly difficult when he meets NYPD detective Jo Martinez (Alana de la Garza), who is fascinated by Henry after learning he was the sole survivor of a horrific train crash -- and his knowledge proves extremely helpful to her in solving crimes.
This product is made-on-demand by the manufacturer using DVD-R recordable media. Almost all DVD players can play DVD-Rs (except for some older models made before 2000) - please consult your owner's manual for formats compatible with your player. These DVD-Rs may not play on all computers or DVD player/recorders. To address this, the manufacturer recommends viewing this product on a DVD player that does not have recording capability.