Scared Stiff (AKA Treasure of Fear)

A bungling reporter becomes embroiled in murder and hidden treasure at a spooky inn. 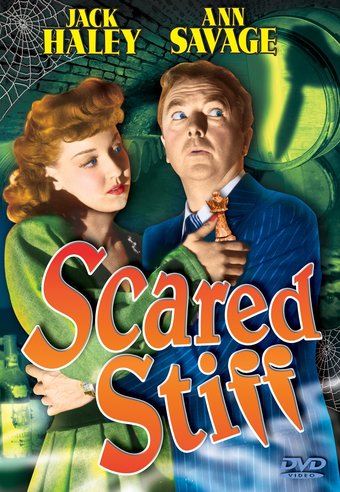 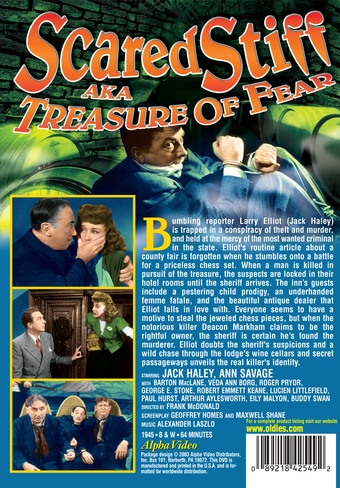 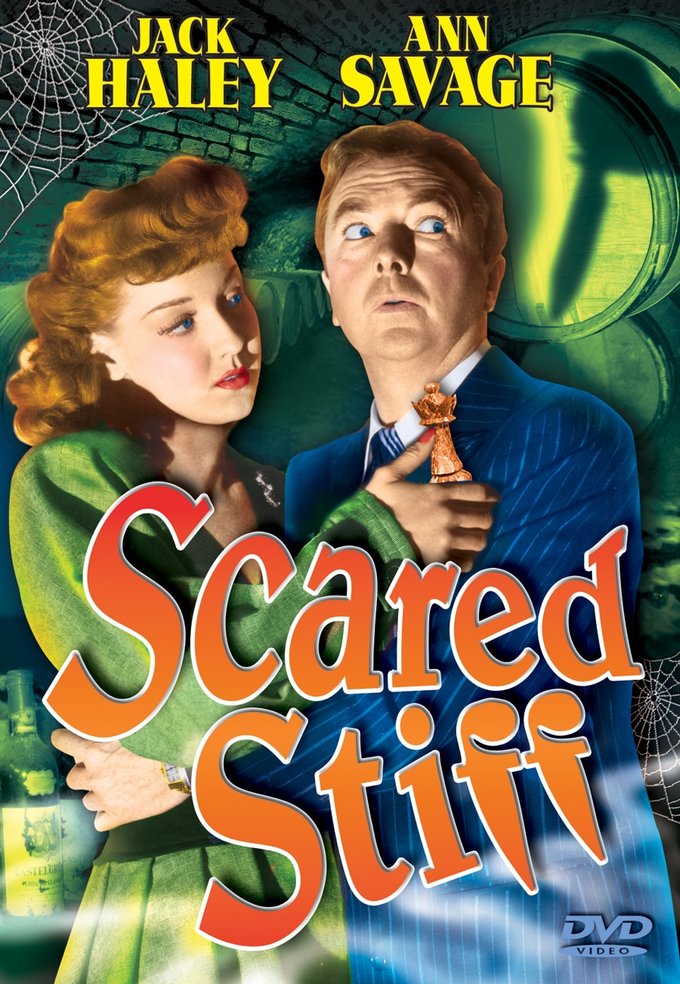 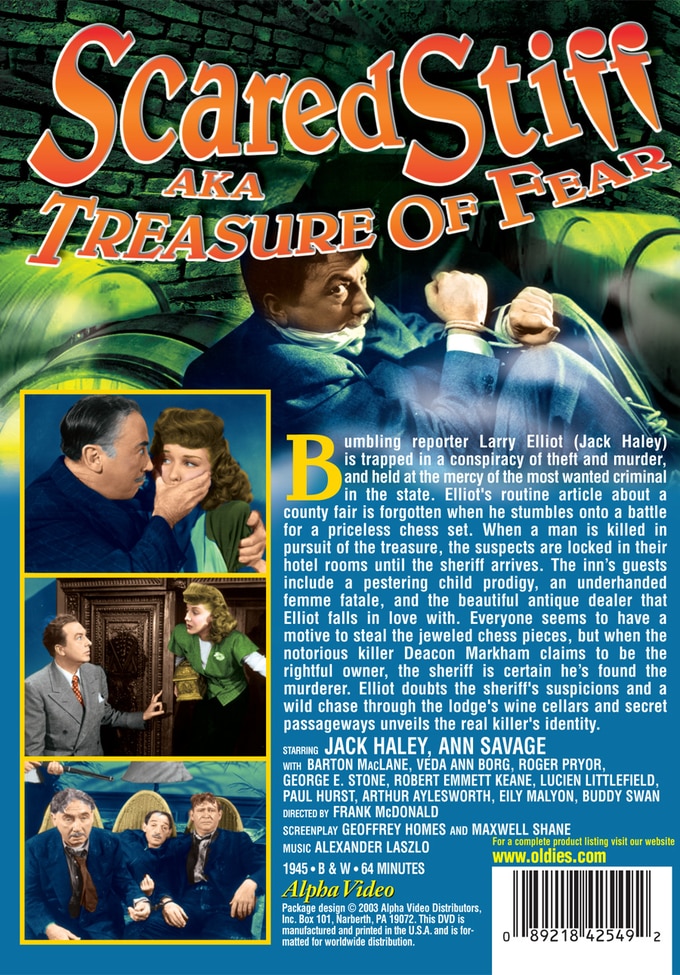 Bumbling reporter Larry Elliot (Jack Haley) is trapped in a conspiracy of theft and murder, and held at the mercy of the most wanted criminal in the state. Elliot's routine article about a county fair is forgotten when he stumbles onto a battle for a priceless chess set. When a man is killed in pursuit of the treasure, the suspects are locked in their hotel rooms until the sheriff arrives. The inn's guests include a pestering child prodigy, an underhanded femme fatale, and the beautiful antique dealer that Elliot falls in love with. Everyone seems to have a motive to steal the jeweled chess pieces, but when the notorious killer Deacon Markham claims to be the rightful owner, the sheriff is certain he's found the murderer. Elliot doubts the sheriff's suspicions and a wild chase through the lodge's wine cellars and secret passageways unveils the real killer's identity.

A murder mystery about a bungling newspaper reporter who can never get a straight story...or a story straight. AKA: "Scared Stiff."

Mystery | Thriller | Vintage | Murder
This product is made-on-demand by the manufacturer using DVD-R recordable media. Almost all DVD players can play DVD-Rs (except for some older models made before 2000) - please consult your owner's manual for formats compatible with your player. These DVD-Rs may not play on all computers or DVD player/recorders. To address this, the manufacturer recommends viewing this product on a DVD player that does not have recording capability.

Customer Rating:
Based on 217 ratings.


Certainly not the greatest comedy mystery ever made, but I found it a delightful comic caper. Well worth watching.


WHILE NOT ONE THE BEST MYSTERY MOVIES EVER MADE THIS HAPPY LITTLE MOVIE IS A GOOD WAY TO SPEND AN EVENING. NOT A CLASSIC BUT ALL IN ALL WORTH WATCHING