Hard-hitting crime story with an all-star "B movie" cast. 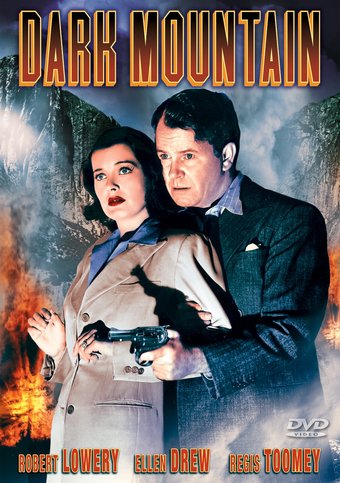 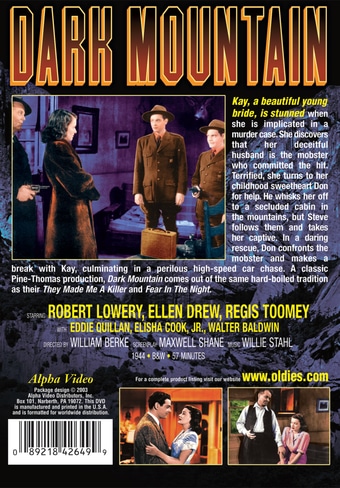 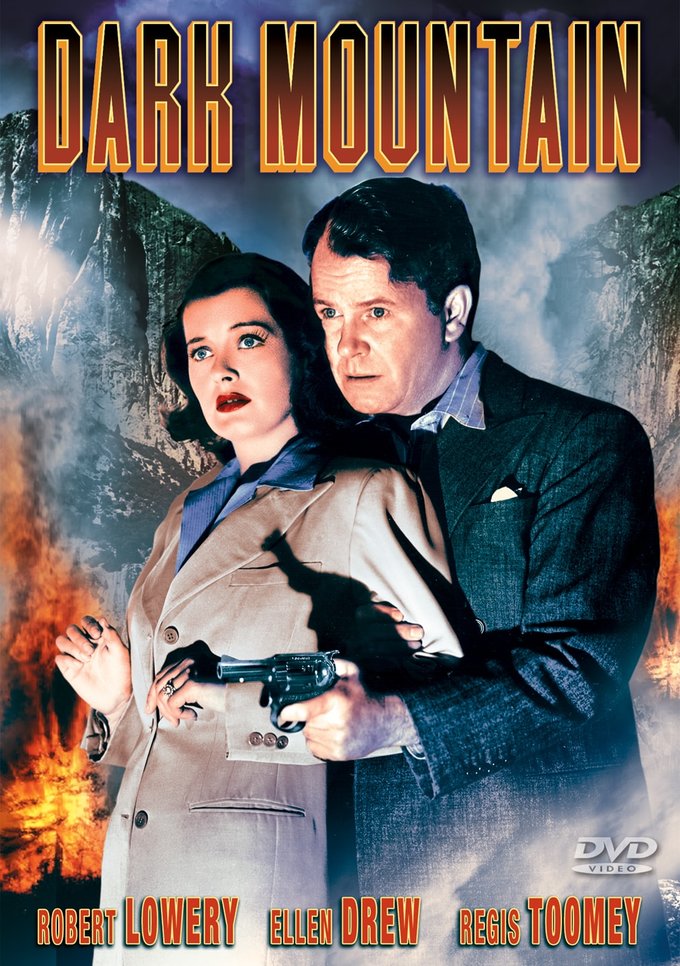 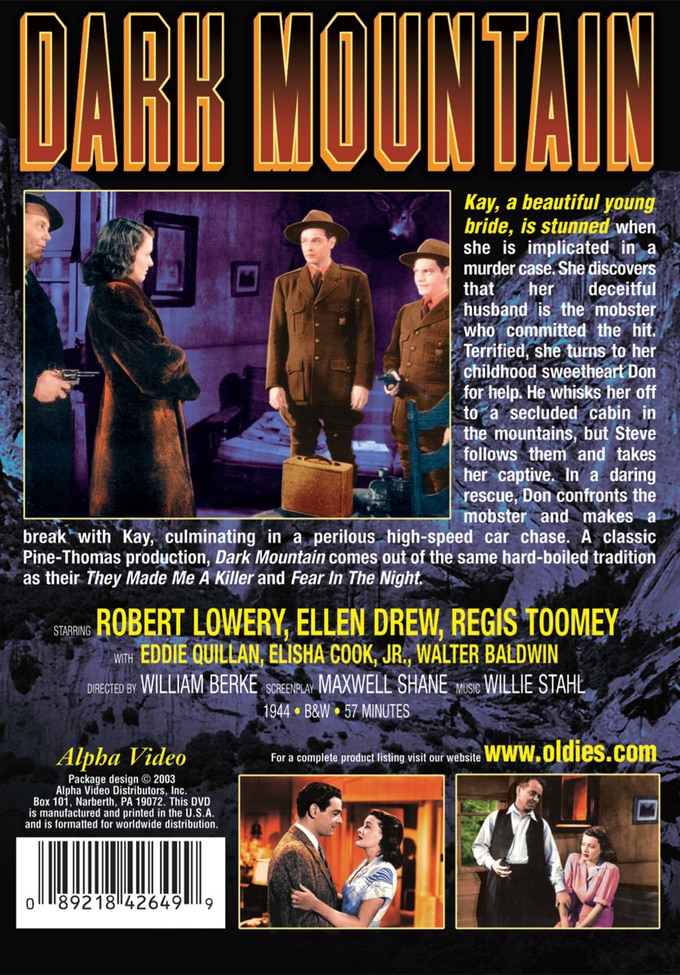 Kay, a beautiful young bride, is stunned when she is implicated in a murder case. She discovers that her deceitful husband is the mobster who committed the hit. Terrified, she turns to her childhood sweetheart Don for help. He whisks her off to a secluded cabin in the mountains, but Steve follows them and takes her captive. In a daring rescue, Don confronts the mobster and makes a break with Kay, culminating in a perilous high-speed car chase. A classic Pine-Thomas production, Dark Mountain comes out of the same hard-boiled tradition as their They Made Me A Killer and Fear In The Night.

A forest ranger hunts down a criminal who's kidnapped his sweetheart.

Kidnapping And Missing Persons | Vintage | Wilderness | Rescue
This product is made-on-demand by the manufacturer using DVD-R recordable media. Almost all DVD players can play DVD-Rs (except for some older models made before 2000) - please consult your owner's manual for formats compatible with your player. These DVD-Rs may not play on all computers or DVD player/recorders. To address this, the manufacturer recommends viewing this product on a DVD player that does not have recording capability.

Customer Rating:
Based on 305 ratings.


As B-movies go, this one's pretty good. It's less than an hour long, has a good cast - including comic relief - fairly decent plot, and a final chase scene down a mountain road. Leave it to a dog to provide the climax.


Dark Mountain is a great little Film Noir with a fine B movie cast including Robert Lowery. Robert Lowery plays a forest ranger whose love marries a gangster. The catch is she doesn't know he is a gangster until he murders a cop and a couple of DA's. Now she is on the run, wanted by the cops because she was there at the time of the killing of the two DA's. She turns to her old flame the forest ranger for help but is followed by her gangster husband. The result is showdown in the woods. Highlighted by an entertaining supporting cast which includes Eddie Quillan as a forest ranger named Willie who is married to a WAC sergeant stationed in North Africa during world war two. The hilarity comes from the fact that Willie is playing the role of the female in his marriage. I find this really awesome because sexual norms back in the 1940's didn't allow for such behavior.

This movie is very enjoyable and definitely worth the 99 cent price tag oldies.com has it listed for right now. This movie is a B movie that got A movie distribution from Paramount. It is not hard to see why Paramount picked up this film for distribution, it truly is an awesome little film noir. To see more information on this title go to it's link at IMDB.com: http://www.imdb.com/title/tt0036743/ . As always buy it from Oldies.com since it has the best print of this picture and is the same one you can buy at Amazon, only cheaper. I highly recommend this movie. 5 stars.

I am on Turner Classic Movies.
Check it out here:
http://www.tcm.com/mediaroom/index.jsp?cid=186977
www.kimpunkrock.blogspot.com


After fighting a huge forest fire, a forest ranger named Don gets a promotion to supervisor of the Dark Mountain district, and he wants to marry his girlfriend Kay but finds out she's just gotten married to a guy named Steve. Steve is secretly a racketeer. When a cop finds out what he's doing, Steve kills him, but one of his men squeals and he has to go on the lam. Kay is stuck in the middle of it even though she's innocent. She goes to Don for help and he hides her out, but then Steve shows up and makes her hide him, too, threatening to kill her and Don both if she doesn't play along. She tries to keep it secret but Don's no fool (his sidekick at the ranger station comes pretty close, though: he's "comedy relief"). It all leads to a car chase on a twisty mountain road in a car filled with dynamite. Fast-paced by necessity (it's only an hour long) and even if it's formula, it's a good one. Decent B-flick.