An insane asylum hides the horrific answers to an old murder case. 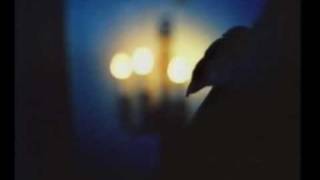 Maniacs have taken over the asylum and they want bloody revenge for crimes committed in the dark and distant past in this brutal small-town tale of terror. An unknown stranger is inviting townsfolk over to a mysterious mansion where they are viciously and gruesomely murdered. The secret to the killer's shocking identity is revealed in an ancient diary. Now the madman must be captured before more lives are lost.

Starring Warhol Factory favorite Mary Woronov as well as cameos by other Superstars, SILENT NIGHT, BLOODY NIGHT is a bizarre tale of an escaped lunatic who terrorizes a small New England town and has strange dealings with the inhabitants of an old mansion which is up for sale.

Holiday | Psychos | Slasher | Suspense | Thriller | Christmas | Theatrical Release
This product is made-on-demand by the manufacturer using DVD-R recordable media. Almost all DVD players can play DVD-Rs (except for some older models made before 2000) - please consult your owner's manual for formats compatible with your player. These DVD-Rs may not play on all computers or DVD player/recorders. To address this, the manufacturer recommends viewing this product on a DVD player that does not have recording capability.

Customer Rating:
Based on 6290 ratings.

From inside the asylum Movie Lover: ronn mullen from St Petersburg, Florida -- September, 23, 2004


I played one of the maniacs in this film; the behind-the-scenes action was as insane as anything in the film. Since the director wanted the escaped lunatics to look as mad as possible, we were kept in a darkened cellar for days before the scene in which we attacked the inhabitants of the house. We were pretty much stir-crazy, half high on cheap wine, etc. Candy Darling, the Andy Warhol superstar, was in the fiim, along with Ondine, Tally Brown and some of the wildest people to be found. We formed a club after the filming was done and met for several years in various homes of the "maniacs." We've since drifted apart, died, or gone on to rehabs. Quelle frommage!


I really did but this thing moves so slowly and the gripping scenes of terror are so far apart (27 minutes into the movie before anything even remotley "chilling" happens) and the pace just drags so that it is really hard to for me to get going on this one. Please someone who likes this post a review and tell me what I am missing!