Tracey Thorn Love and Its Opposite

Mojo (Publisher): 4 stars out of 5 -- "[W]hat hooks you in now, as ever, is that voice, one that could sound beautifully despondent just singing her Twitter posts."

Get email alerts for Tracey Thorn
15 ratings
Currently Out of Stock: We'll get more as soon as possible
Notify Me When Available
Add to Wishlist
Format:  CD
sku:  FQW9
Our customers love us! 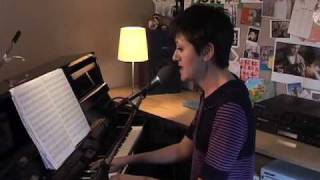 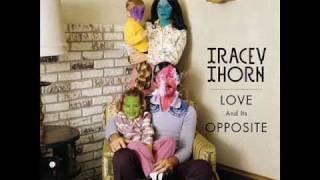 Tracey Thorn - Why Does The Wind? (Music Video)

Rolling Stone - p.82
3 stars out of 5 -- "[Thorn] has returned to her roots as a solo act, singing to her daughter in the chipper 'Hormones' and to a peer on the heart-piercing 'Singles Bar.'"
CMJ
"On her third solo album, Tracey thorn relies on the stark beauty of her direct vocals and somber lyrics. LOVE AND ITS OPPOSITE sheds insight on the pitfalls of experience and the loneliness of self-acceptance."
Billboard (p.36) - "[A]lbum closer 'Swimming' is a gorgeous, dreamy and hopeful lament about the end of an affair."
Mojo (Publisher) - p.92
4 stars out of 5 -- "[W]hat hooks you in now, as ever, is that voice, one that could sound beautifully despondent just singing her Twitter posts."
Pitchfork (Website) - "Thorn, as always, exercises that smoky voice to great effect."
Clash (Magazine) - "[The songs] tackle the pitfalls of middle age with a stark honesty, tempered by restrained optimism."

Audio Mixers: Ewan Pearson; Bruno Ellingham.
Recording information: Air Lyndhurst, London; Bang Gang Studios, Sydney; Doublehill, Bath; Eastcote, London; Mayfair, London; The Musicbox, London; Trixx Studios, Berlin; World Of Apples, Berlin.
After the eight-year recording silence which lasted from the start of Everything But the Girl's indefinite hiatus until Tracey Thorn's triumphant re-emergence as a solo artist on 2007's Out of the Woods, the singer took only three years to return with a follow-up. Love and Its Opposite finds Thorn again working with Berlin-based house producer Ewan Pearson, but it effectively jettisons its predecessor's scintillating electro-pop for a more subdued chamber-folk style akin to that album's quieter moments; it's easily Thorn's least electronic work since EBtG's dramatic danceward shift in the mid-'90s. Then as now, the change of musical scenery hardly disrupts the caliber and sophistication of Thorn's songcraft or the power of her inimitable voice, which remains as gloriously warm as ever. Given that mood and maturity have always been her hallmarks, aging gracefully is scarcely even a concern: now that she's in a position to deliver a set of songs about the complexities of, in her phrase, "real life after forty," it feels utterly natural, a continuation of the emotional navigations she's spent her career documenting with characteristic insight and sensitivity. Stately waltz "Oh, The Divorces!" observes the seemingly inexorable progression of marriages dissolving around her with a creeping unease barely masked by its Sondheim-worthy elegance and verbal wit ("he was a charmer/I wish him bad karma"), and is deftly juxtaposed with the childhood nostalgia of "Long White Dress," concerning a life-long dread of weddings. (Perhaps tellingly, Thorn and EBtG-mate Ben Watt married in 2009, after 28 years of partnership.) On a lighter note, maybe, the bouncy "Hormones" comments breezily on menopause (the singer's) and adolescence (her daughters'), while "Singles Bar" is a wry treatment of aging-singles scenes and all its attendant hope and desperation ("can you smell the fear?"), in a tone that could be bleak or comical or both. Throughout, but especially in her poignant meditations on domestic relationships -- the achingly uncertain "Why Does the Wind" (given a nimble funk backing by Hot Chip bassist Al Doyle and Invisible stickman Leo Taylor), Lee Hazlewood's brooding "C'mon Home to Me" (sung with Jens Lekman), and the quietly self-scrutinizing "Late in the Afternoon" -- Thorn's romanticism is tempered by a hard-earned sensibility, approached with a mixture of comfort and resignation, that love and its opposite -- fear, perhaps, of loneliness or abandonment or simply death -- aren't truly opposed, but are necessary working complements, each enabling the possibility of the other. ~ K. Ross Hoffman